Miraz is ready to be the next Shakib of Bangladesh cricket 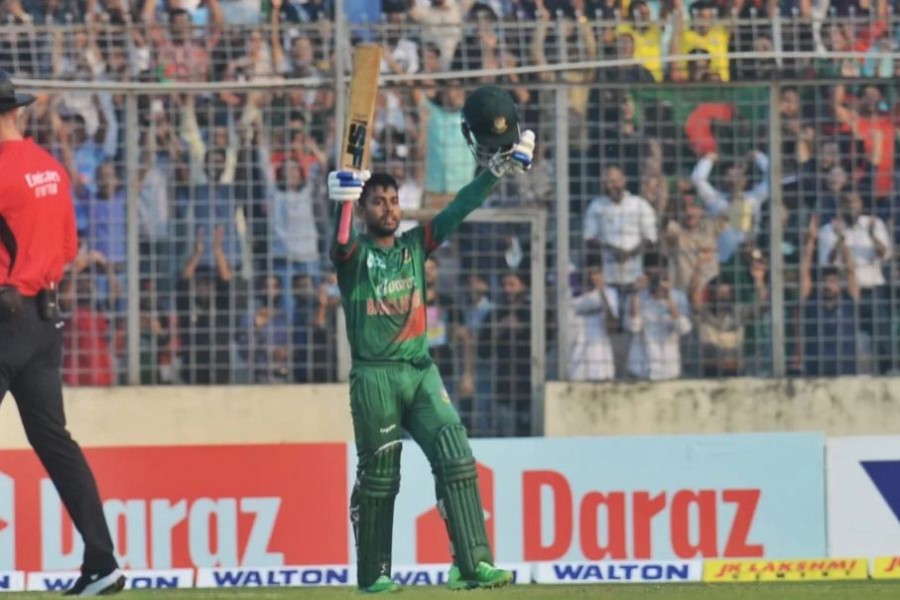 The poster boy of Bangladesh cricket, Shakib Al Hasan's career, is drawing to its twilight. Bangladeshi cricket fans have long waited to find someone who would fill in the boots of Shakib, who has been a consistent performer for the last 16 years.

Since Mehidy Hasan Miraz's impressive performance in the 2016 U19 World Cup as the captain and his glorious debut in international cricket against England, he has been labelled as the next Shakib for Bangladesh cricket.

Miraz's bowling had often taken the limelight as he was usually categorised as a 'bowling allrounder.' Due to the team combination, his batting position often lingers around the 7/8 mark. As a result, he is usually denied the opportunity to bat for longer periods higher up the order.

But in recent times, Miraz has been the saviour for Bangladesh, fighting it out with the bat when the more established batters have failed at the top. His heroics in this India series where he scored a not-out 38 from 39 deliveries batting with only one wicket in hand when the team needed 51 runs in the 1st ODI and an unbeaten 100 (his maiden century in ODIs) in the 2nd ODI after coming to the crease when the scoreboard read 69 with the loss of 6 wickets are top notch.

He has also won Bangladesh a match with the bat from unlikely positions before as well. Miraz scored an unbeaten 81 from 120 balls earlier this year against Afghanistan when his team was chasing 216 with already 6 down for 45.

Performances like these under immense pressure are signs of a quality cricketer who can thrive under duress. Miraz's batting has finally started to click at a phase in his career where his bowling stats are already quite spectacular.

Considering how Miraz has improved over the last few years, the 25-year-old is giving high hopes that he will pick up Shakib's mantle in the coming years.

With every opportunity that Miraz has recently gotten, he has tried to make the most and excelled more often than not, whether it was being asked to open the innings or rescue his side during dire situations with the ball and the bat.

Miraz still has a long way to go, and he has to consistently be at his very best to emulate Shakib's career. But if there is anyone at the current Bangladesh setup who looks capable of doing so, the name is Mehidy Hasan Miraz.