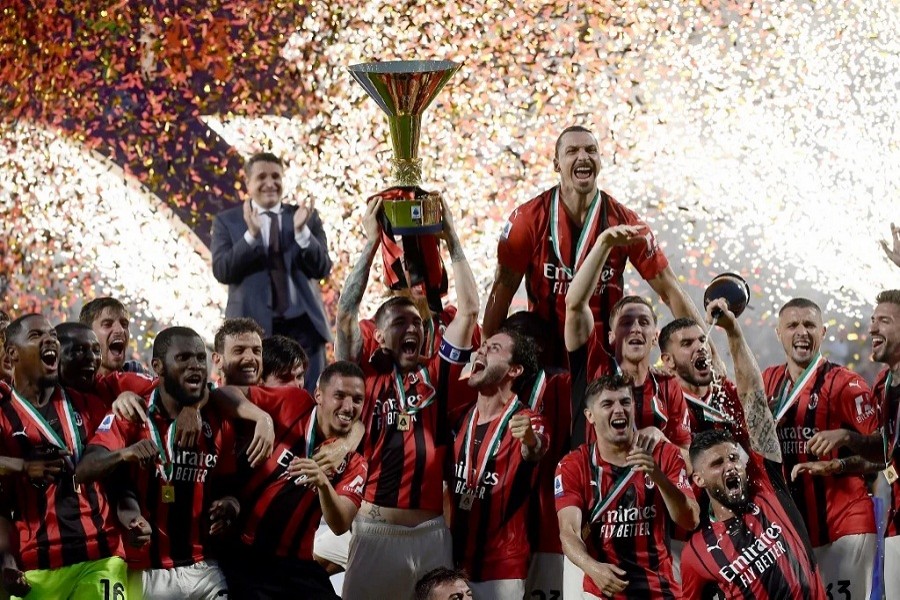 Maybe the will was there since last season. Maybe the promise was made after last season ended. After nobody touched the trophy except Juventus for 9 straight seasons, Inter broke the deadlock and won it last season.

Being the rivals, AC Milan would not be happy seeing the scenario. Before Juventus, it was their trophy last time. So breaking this deadlock could not be any more poetic.

This time things were different. They started the league being 12 games unbeaten with 9 wins and 3 draws. They struggled heavily in Europe. But their league performance didn’t face any of it.

They added 56 more points in the remaining 26 games to win the trophy. The margin was fine this time. Both the Milan clubs lost 4 games. But Inter drew one more than AC. These two points made the difference.

However, nobody can claim that AC Milan’s performance was dominating. They scored 69 goals all season, less than 3 other clubs and 15 less than Inter’s number.

Their top scorer and assist provider is Rafael Leao who is 16th in terms of goals, 10th in assists and 9th when it comes to G+A. It shows that their triumph was not on the basis of flair but grit and resilience.

They conceded only 31, the least in the division. They kept 18 clean sheets, the most in the league.

Steven Maignan had a splendid season with 17 clean sheets, the most in Serie A this season. It should also be mentioned that they were this much impeccable in defence without Simon Kjaer and Alessio Romagnoli.

The clean sheets have been surely their key to success. Milan kept consecutive clean sheets from game number 28 to 33, earning them 14 out of 18 points there. This was at a point when they were trailing Inter by a single point.

Milan approached the game mostly in a 4-2-3-1 formation. This formation demands a lot from the pivot. Sandro Tonali did exactly what was needed from him. He earned himself 5 players of the match award in the process.

Theo Hernandez enjoyed his best season by far in his career. He contributed equally in attack and defence. He scored 5 and assisted 6 times. He also earned 6 player of the match awards which is the most by a Milan player and 2nd most (jointly) in the league.

Also, two names must be mentioned in this tale - Olivier Giroud and Zlatan Ibrahimovic. Together they scored 19 goals in the league. They were the leaders that Milan needed. Even at the age of 35 and 40 respectively, these two showed the spirit which Milan lacked all these years.

Things will get tough for them now.  As usual, their players have attracted big clubs. Kessie is already rumoured to join Barcelona. Maignan and Leao are also much on the radar of the big clubs.

It would not be wise to expect Giroud and Zlatan to perform in a similar rhythm in the next year.

But maybe this is not the time to think about all those. It is time for Milan to celebrate, to quote Zlatan “Now do me a favour and let’s celebrate like a champion.”