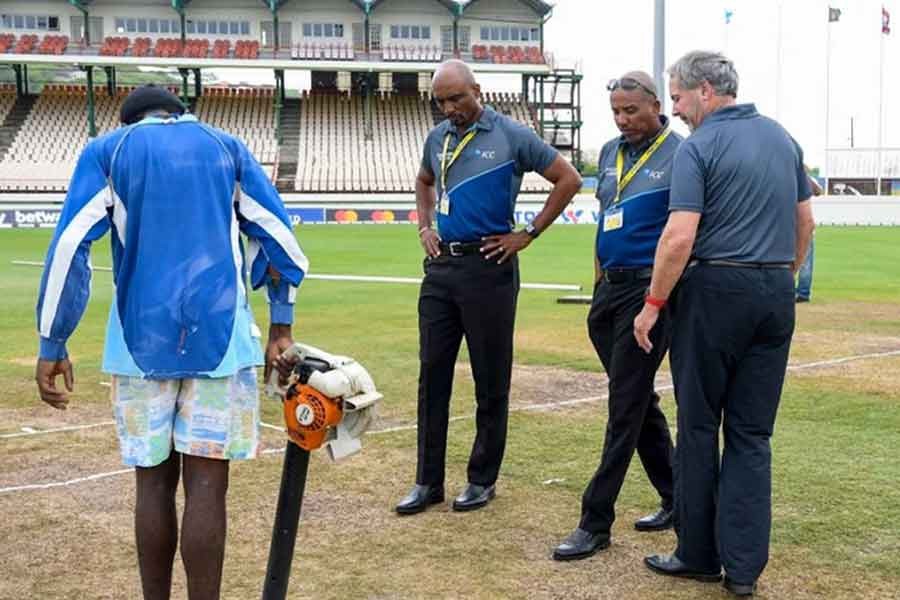 Persistent rain has delayed the start of day four of the St Lucia Test between hosts West Indies and Bangladesh.

The first session of day four already got washed away. If the situation allows, the match will resume after the lunch break (West Indies time), reports UNB.

Bangladesh have Nurul Hasan (16) and Mehidy Hasan Miraz (0) at the wicket.

Earlier, at the end of the rain-hit third day, Bangladesh were struggling at 132 for six. The visitors still need 42 runs to avoid an innings defeat.

Khaled Ahmed bagged his maiden five-for in the first innings of the West Indies who posted 408 and secured a lead of 176 runs. Khaled ended up taking five for 106 – his best bowling figure in Test.

He became the first Bangladeshi pacer to register a five-wicket haul in a Test in the West Indies. He broke Mushfiqur Rahman's record, who had taken 4 for 65 at the same venue in 2004.

Najmul Hossain Shanto (42), Liton Das (19), and Shakib Al Hasan (16) managed to have good starts but failed to convert them.

To win this Test, the West Indies will have to take only four more wickets before Bangladesh score another 42 runs.

In the first innings of the Test, Bangladesh scored only 234 runs with a fifty from Liton.

The visitors lost the first Test in Antigua by seven wickets.

After the Test series, both teams will take on each other in a three-match ODI and three-match T20I series.

Serena suggests retirement from tennis after US Open

Bangladesh out to avoid ignominious whitewash

Premier League in thrilling mood from the first gameweek

Can Ronaldo ever regain his cult image among the United fans?