The American market for Bangladesh garments 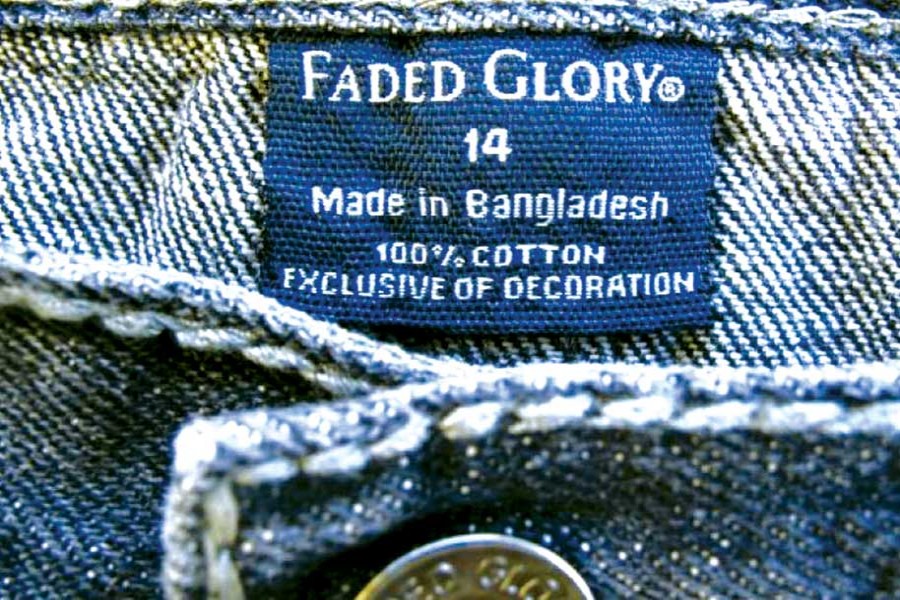 The single largest market for "Made in Bangladesh" garments is the United States of America. In 2016, Bangladesh exported US$5.5 billion worth of garments to the US market slightly less than the $5.6 billion in 2015.  [These figures like all in this article are from the US records of imports and refer to calendar year.]  Bangladesh is the fourth largest supplier to the US following China, Vietnam and India. As for sourcing the main events that are going on is the total US market is declining - a $7 billion decline from 2015 to 2016.  Most of this decline was in China's exports [almost $5 billion] and all other major suppliers lost sales [in value] except for Vietnam what increased slightly. So, Bangladesh is not doing badly over the past two years; it has lost a little as everyone has. The challenge is to come in the next three years when the US demand for garments is going to rise.  Which countries will gain from this?

With the world economy starting to expand, we should see a large increase in the US imports of garments. Bangladesh must prepare itself for meeting the rising demands.

So far, it is the value of exports that have been discussed. What about the volume? In what follows we measure quantities in equivalent square metres of fabric. Total US imports have been stagnant. The decline in value has arisen completely from the decline in the prices paid for garments. The price [unit value] has declined 6.7 per cent in 2016 and this decline is continuing in 2017. Changes in quantity supplied by the five major exporters of garments to the USA saw small changes in the volumes.

Our interpretation of what is happening is that the competition is very severe among different producing countries, and with weak underlying demand [limited increase in quantity] but more production capacity available, the buyers were able to push down prices. All of the top ten suppliers to the USA exported their products at lower prices in 2016. The loss of market for Bangladesh was completely a consequence of lower prices.

This is very important for the future strategy for growing in the US market.  Our picture is that there will be a strong rise in demand  [measured in quantity] due to the rising American income levels. Although the income earned by lower middle and middle class households has been rather stagnant, it is starting to rise. We expect a strong market demand in the next three years. Prices will also rise with this greater demand.

Over the next three years to export more to the USA, there are a number of actions that the Government and the industry should ensure are done.

There are ten categories of garments that cover 75 per cent of Bangladesh's exports to the United States. While diversification is important to other categories, these ten represent the most important areas for export increase. We report a few characteristics of these exports. An approach that has not been followed is to organise systematic interviews of major US buyers for a particular category and see what problems that these buyers identify is holding back increased sourcing to Bangladesh.

Cotton underwear:  Bangladesh exports $240 million in 2016.  The unit price [dozen] is $10.66. Of the top ten producers for the US market, seven had prices higher than Bangladesh. Vietnam was the leading exporter to the USA at a price 10 per cent higher than Bangladesh. This sector should be in a position for major expansion as it is priced competitively. This sector needs additional capacity and should be able to raise production rapidly for the US market.

Woman's and girl's trousers/slacks/shorts:  This is a sector that is dominated by China. One can be sure that Chinese exports are going to decline, hence prospects for picking up market share are excellent. Bangladesh is the third largest supplier to the US after China and Vietnam. Bangladesh prices are higher than China or Vietnam so steps to raise competitiveness for these garments are needed.

Man's and boy's knit shirts is another category of importance. Bangladesh has only 5 per cent of the US market, compared to 11 per cent for Vietnam. Bangladesh prices are below the average of all competitors except for those located in Central America. Knitwear exports to the USA have been lagging, but here is a category that is doing very well. With only a small market share, there is potential for rapid expansion.

With an expected strong increase in US demand over the next three years, a greater focus on a few key categories can pay off tremendously. Attention should focus on categories where China still has a large share and so is going to reduce share. As noted above, direct contact with the major US buyers in such categories is the path to success.

Dr Forrest Cookson is an Economist.

Are enough actions being taken to ensure safe working conditions in RMG industry?

Bangladesh RMG industry needs innovation, but the risks must be managed

A unique platform for the global textile value-chain