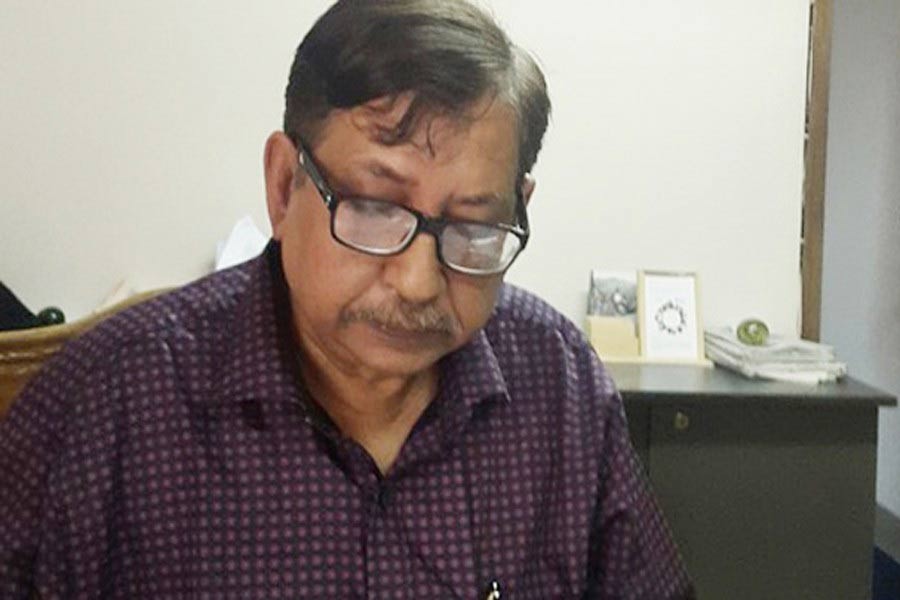 On 01 August 2018, exactly one year ago, Bangladesh lost one of its finest journalists. At heart and in mind, he was the epitome of what is best in sound journalism. Unassuming to the core and a true gentleman, he was the humblest of newspaper editors that I have known. Yet he was a pioneer of financial journalism in Bangladesh, by dint of his leadership in establishing and sustaining the country's leading financial daily newspaper, The Financial Express (FE), which recently reached the milestone of 25 years of publication. As a close observer of his journalistic career, I found him assiduously focused on two fundamental tenets of journalism: objectivity and neutrality. He was never swayed by emotions in analyzing any breaking news or events, often holding back a final assessment till all the facts were in.

I have known Moazzem as a thought-provoking student of Economics at Dhaka University during the mid-1960s. I had the privilege of being his roommate in Salimullah Muslim Hall, along with two other personalities, Alamgir Kabir FCA, now Chairman of Southeast Bank, and Afzalur Rahman (ex-Foreign Service and UN official). During our university days we spent enormous time together socializing while constantly discussing the state of politics, economics, and the future of the nation. That sort of intense dialogue never abated till the time of his passing. Personally, he was kind and warm to one and all, regardless of social standing, gender, or creed. Modest living and high thinking was his motto throughout his life. Intellectually, Moazzem was as formidable as the depth of his humility. He lived his entire life thinking about the well being of the common man and levelled his thoughts on what was best for the country without ever being partisan.

Moazzem, who became editor of the Financial Express in 1993, led this newspaper during its trying times and steered it to where it is today. What made FE so readable as well as fabulously informative was the timely and strategic syndication arrangement with Financial Times (FT) of London. That syndication added tremendous value to FE's content giving its hungry readers access to not only the highest standards of financial journalism but also brought them face to face with the unique journalistic style of presenting the most complex economic issues in simple comprehensible prose that the FT is known for. I believe Moazzem Hossain had a lot to do with bringing FT on board at a time when the world's business community had already recognized it as the most reliable publication in reporting and analysing financial and economic issues of the time.

From the get go, the editorial team, led by Moazzem Hossain, chose a path of non-partisan and objective journalism, never allowing the FE to be identified with any political camp. It is for that reason FE had an extremely cordial and effective relationship with the Finance Ministers of the two major political parties in the country since the 1990s. Not only the Finance Ministers, my information is that FE commanded a lot of respect from other ministers and high officials of ministries for its credible and objective reporting on the state of the economy and analysis of critical issues impinging on public welfare. It was clearly the outcome of Moazzem's effective and non-partisan leadership in a challenging political landscape.

Our friendship which began in 1964 stretched over 50 long years interrupted by many years of my being away in foreign lands while he built his career in financial journalism in his native country. Following completion of my tenure at the World Bank when along with two of my colleagues at World Bank and IMF we set up the Policy Research Institute of Bangladesh (PRI), Moazzem was first among those who were eager to lend support and collaboration with our agenda for policy research. Consequently, we entered into a PRI-FE partnership that led to capacity building and cross-fertilization of ideas with regular publication of economic policy related articles in the FE. It was Moazzem's constant persuasion that challenged us to follow the unique journalistic style of presenting the most complex economic issues in simple comprehensible prose that the Financial Times is known for. Then again we overlapped as independent directors of the Southeast Bank Board that brought us together for frequent lunch sessions followed by adda, while Moazzem and Zakir Khan (ex-Finance Secretary) took smoking breaks. Alas, if we had known how his lungs were being consumed by the habit of chain smoking that he failed to give up. One final round of professional partnership came by virtue of setting up the Southeast Bank-FE-PRI Green Award Fund that brought us together in the selection process of champions of environment friendly innovations by individuals or firms across the country.

In death as in life, Moazzem remains ubiquitous. I miss his unique jovial style, often laced with sarcasm, yet distinctly respectful of differences in opinion on any subject of relevance to the economy and society. He remained a man of unflinching faith in the goodness of humanity, soft spoken in his articulation of that faith, never loud but always firm in his beliefs. I feel privileged to have had a lifelong association with such a journalistic icon of Bangladesh, and blessed to have him as one of my best friends.

In the eye of his successor

A man who abhorred greed and pretension

The guiding light that we lost