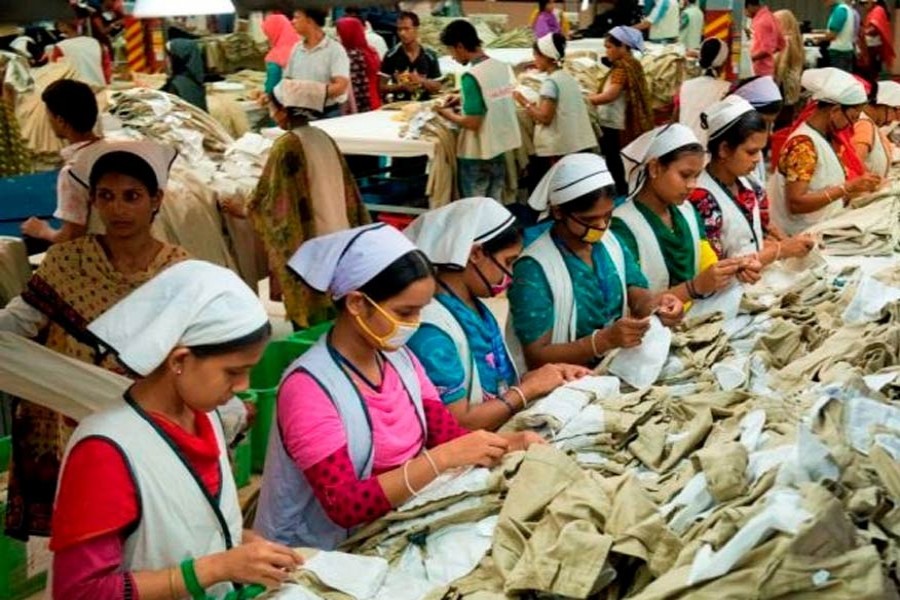 Bangladesh is at an interesting juncture. The economy has seen robust growth in recent years. At this point, it is also imperative to draw up a blue-print for a long-term economic vision. If Bangladesh wants to grow its economy from the current ~$250 billion to $600 billion by 2025, it would have to grow at a stellar 12 per cent CAGR (compound annual growth rate). That may sound daunting, but nations like China, Malaysia, etc., achieved decadal double-digit growth in the initial years of their growth-journey. A high, yet achievable, target pushes the commitment from politicians to realise the economic agenda.

But to what extent should Bangladesh focus on each growth-driver to realise this target of $600 billion? If the proportion of each growth-driver has to move closer to the average proportions seen in rapidly growing emerging markets, that could roughly indicate by how much they should grow from current levels in Bangladesh. This is what we explore here.

Let us start with Services sector: ~56 per cent of Bangladesh's gross domestic product (GDP) is estimated to come from services; mainly trade and BFSI (financial services and insurance). The average in most emerging markets has been ~60-70 per cent. If Services have to make up ~65 per cent of Bangladesh's GDP by 2025, it would have to grow at a 14 per cent CAGR, higher than the 12 per cent estimated GDP growth. While deepening two-way trade and financial inclusion would remain policy priorities, deepening the services sector through the digital economy would bring in efficiencies in public-services delivery, bring more citizens into its organised economy and reduce the leakages of a cash-based economy. It would also ensure delivery of subsidies to the intended recipients. Services also include ramping up the quality of skill-centres, to improve productivity and employment. All these would expand its addressable consumer-base and purchasing-power.

Let us move to industry: ~30 per cent of Bangladesh's GDP is estimated to come from industry, in line with the average ~30-35 per cent seen in large emerging markets. So if its industry has hold itself at this 30 per cent proportion, it would have to grow at a 11 per cent CAGR. Bangladesh's gross investment was ~30 per cent of GDP in recent years, less than the ~35-40 per cent seen in China and Malaysia in their initial years of industrialisation. Even if Bangladesh holds this at ~30 per cent of GDP, its investment has to grow at 11 per cent CAGR, in line with the estimated GDP growth. Investment also correlates with productive imports like machinery. In Bangladesh, import comprises ~20 per cent of GDP, which is ~60 per cent of its share of gross investment. This is similar to the experience of recent industrialising nations, who saw their share of imports at ~50-60 per cent of their share of investment. Bangladesh has to continue this trend. So if import have to comprise ~20 per cent of GDP till 2025, it has to grow at a 11 per cent CAGR by 2025, same as investment. Where should investments go? Affordable housing, urban transport and hard infrastructure apart, there is a need for economic corridors that would connect commercial zones like Division-towns with the underdeveloped districts. New industry clusters have to focus on hinterlands for inclusive growth across districts. Electric vehicle manufacturing, also a focus-area in India, can reduce its oil import dependence. But this also means addressing the Ease of Doing Business parameters, where it lost its rank by 47 places since 2014.

Coming to agriculture: ~15 per cent of Bangladesh's GDP is estimated to come from agriculture, higher than the sub-10 per cent share seen in most large emerging markets. But the crux is to improve farm-productivity, as agriculture employs ~40 per cent of Bangladeshi workforce. If its share of agriculture has to halve to ~8.0 per cent, it would grow at a 2.0 per cent CAGR. But this growth has to be backed by significant productivity improvement. For this, it has to re-skill unproductive labour for high-growth sectors like construction, tourism and retail. That would mean investing in skill-training. It also means investing in irrigation, power and market linkages to improve acreage yield and ensure the end-farmer gets the correct market price. So part of the incremental gross investment also has to flow into the agro-sector.

Moving to export. Only ~16 per cent of Bangladesh's GDP is estimated to come from exports, most of which is apparel and fisheries. Its export has to grow at a rapid 16-18 per cent CAGR, higher than the estimated GDP, if it has to meet the forex demand for imports and keep trade balance positive. It has an advantage, as the BDT (Bangladesh Taka) dropped more than the LKR (Sri Lanka Rupee), and similar to the PKR (Pakistan Rupee), last year. This makes it competitive in common products like textile and food. Further Free Trade Agreements and export-promotion schemes with partner countries should open more export opportunities.

Last, where would investments be funded from? Bangladesh has a moderate share of private consumption to GDP. Kenya, Cambodia and Ghana have a similar per-capita, but they spend more and save less. While its healthy savings augur well to meet its investment demand and keep dependence on foreign borrowing within limits, it may need to push up domestic consumption slightly in discretionary consumption sectors to reduce some burden from exports.

All in all, these segmental growth-rate estimates to target a GDP of $600 billion by 2025 may sound over-ambitious. But it is not unachievable, if one looks at similar markets. The question is - can politicians of the country create an enabling policy environment to support this long-term goal?

Sourajit Aiyer is an author, guest-lecturer and corporate executive, based in Mumbai, India.