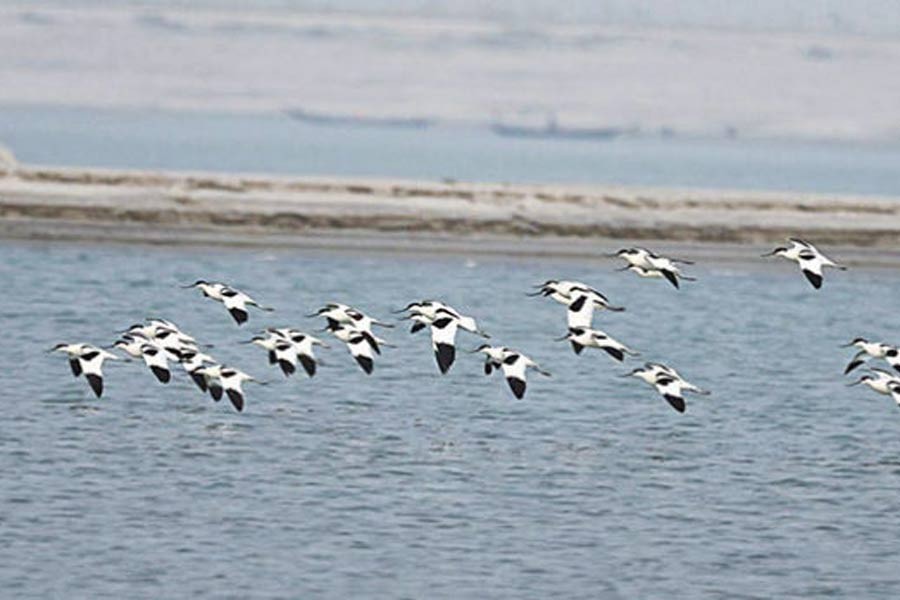 Oceanic birds of four species are now on an unusual surprise visit to Padma River in this northwestern city, miles off the country’s southern coastlines, even where they are not generally seen.

“The birds of four oceanic species are seen roving over the Padma River for the past one week and they were seen flying even yesterday . . . this is an unprecedented scene in the town,” a journalist and bird-watcher stationed in Rajshahi said.

Rajshahi University’s zoology department professor Dr Aminuzzaman Mohammad Saleh Reza said all the four types of bird seen on the Padma were Oceanic birds which were not even reported to have been seen in Bay of Bengal coasts in Bangladesh bordering India, reports BSS.

The Amphan visibly took a relatively weird course making marks of its impact in Rajshahi region as well alongside the southern coastlines on May 20.

Several experts said the birds possibly felt comfort to stop their forced long journey as the cyclone got weakened in Rajshahi but had the intensity of the storm prolonged, the winds might have drove them furthermore upstream.

Reza said according to taxonomic studies, the sooty tern is a seabird of tropical oceans that breeds islands throughout the equatorial zone; bridled tern breeds in colonies on rocky islands while it nests in a ground scrape or hole and lays one egg.

He said long-tailed skua/jaeger breeds in the high Arctic of Eurasia and North America, with major populations in Russia, Alaska and Canada and smaller populations around the rest of the Arctic and it is a seasonal migratory bird that winters in the south Atlantic and Pacific.

In the past, many of the estuarine birds were seen flying to the mainland rivers’ due to various natural disasters like cyclone, tornado, hurricane and other tidal surges but return to their habitats after the disasters.

Ornithologists said Rajshahi region hosts scores of migratory birds during winter but none of them are oceanic birds.

“These birds are likely to go back to their habitat following the downstream river channel . . . they may even stay here for a longer period if they get food for their survival,” Reza predicted.

A research team earlier this year had spotted 37 bird species in different shoals (chars) in the Padma in the district during a weeklong survey ran by International Union for Conservation of Nature (IUCN) under its Bangladesh Wild Bird Monitoring Programme.