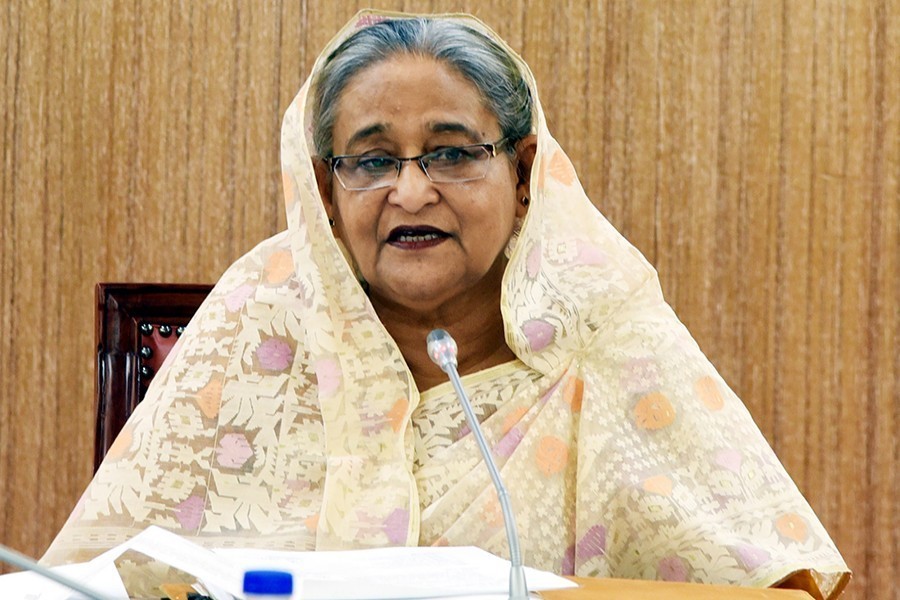 Prime Minister Sheikh Hasina on Friday assured the people that there won't be any crisis of consumer goods in the country.

"There will be no problem regarding consumer goods. We've started importing (goods) from Ukraine and Russia as well," she said.

The premier was addressing the 5th National Conference of Swadhinata Chikitsak Parishad (Swachip), a pro-Awami League professional body of physicians, in the city's historic Suhrawardy Udyan.

She said though there is a problem over payment with dollars due to sanctions (on Russia), the government is taking steps for an alternative (payment) system, according to UNB.

Hasina said Bangladesh still has enough reserves to meet up the import expenditures for five months.

"Still we've the reserves to meet the import expenditures of five months, not three months," she said.

Coming down heavily on the critics of the government on the reserves issue, she said now all have become experts on the reserve and economy.

She said the reserves increased to some US$48 billion during the Covid-19 restrictions, which was only above US$5.0 billion in 2009.

She said it had to spend huge money from the reserves to procure Covid-19 vaccines, testing kits and other related materials to fight the pandemic. Now the government needs to import edible oil, wheat and other consumer goods at high prices following the war and economic sanctions, she added.

The PM said they've been taking proper steps to ensure consumer goods and stood beside the people. "The reserves have declined not only in our country but also in many countries of the world," she said.

Hasina said now a rumour is being spread that there is no money in banks and the clients would not get back their deposits.

She said many people keep money in houses withdrawing it from the banks due to this rumour. "To keep money in the houses creates scope for thieves, doesn't it?....Now it's upto the money owners whether they would keep it in the banks or give it to the hands of the thieves," she added.