Woman attacked at Narsingdi railway station for her outfit 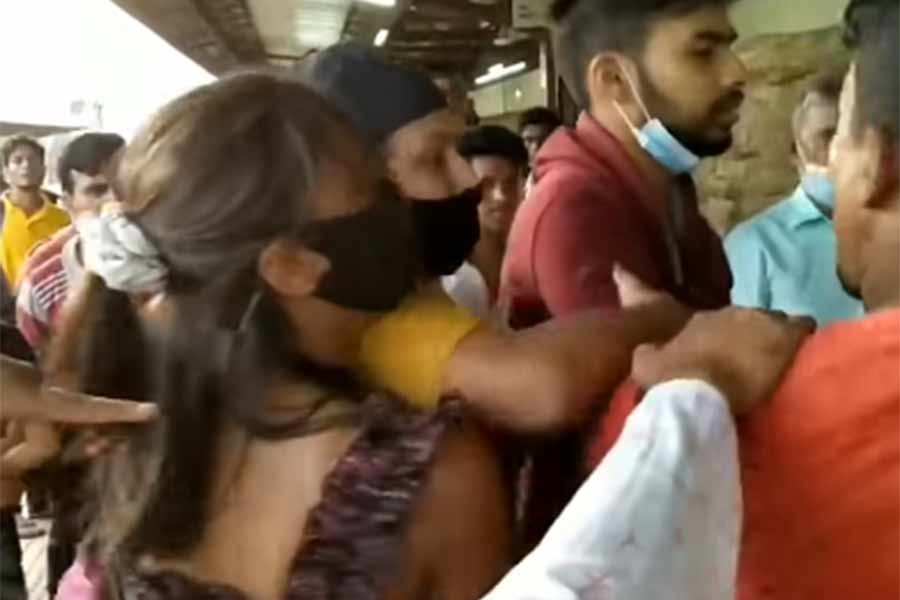 A group of people have attacked a young woman at Narsingdi Railway Station for what they called an obscene outfit she wore.

The incident occurred on Wednesday morning and a video of it spread on social media on Thursday, reports bdnews24.com.

Stationmaster ATM Musa said the young woman along with two young men came to the station by a train from Dhaka around 11:00 am.

Another woman started hurling offensive words toward the young woman from Dhaka for her dress. At one stage, the woman and some “unruly” young men launched an assault on the three travellers from Dhaka.

Imayedul Jahedi, chief of the police camp at the station, said they were investigating the incident and the perpetrators will be brought to justice.

Police could not identify the victims or attackers.

In the video, a woman and some young men appear to assault the young woman while one of his co-travellers tries to save her.

The young woman runs away and takes shelter in the stationmaster’s room with the help of others. Another person closes the gate.