‘Will thwart attempt to take Abrar murder to different direction’ 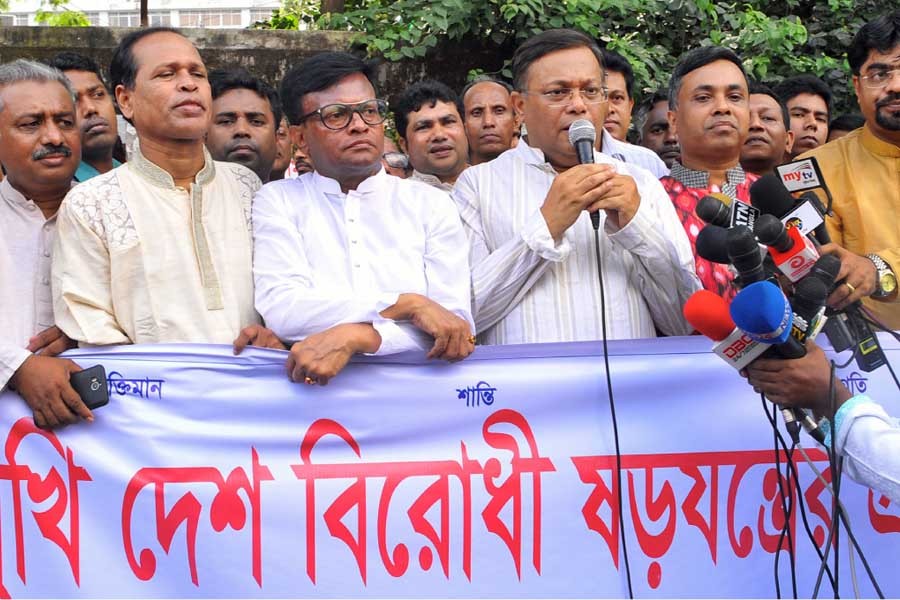 “BNP has been involved in dirty politics over the murder of Abrar ... They have failed before, they’ll fail this time and in future as well,” he said.

Mahmud said it while addressing a human chain programme of Bangladesh Swadhinata Parishad in front of the Jatiya Press Club, reports UNB.

The minister expressed solidarity with the emotions of the students.

He questioned BNP's role in similar killings during their time in power.

“When Buet student Soni was shot dead during a Chhatra Dal clash, did they (BNP) take action against their party leaders? They didn’t," he said.

The minister termed the killing of Abrar brutal.

"This is a scandalous and brutal event," he said, adding that the government is sincere about delivering justice.

"We took immediate action. As the Prime Minister has said, the government is committed to ensuring that the killers get exemplary punishment ... everything possible has been done on behalf of the government and police," he said.

Abrar, 21, a second-year student of electrical and electronic engineering department of Buet, was beaten to death on Monday reportedly by Chhatra League leaders at Sher-e-Bangla Hall of the university.