Why so many India tours, BNP asks PM 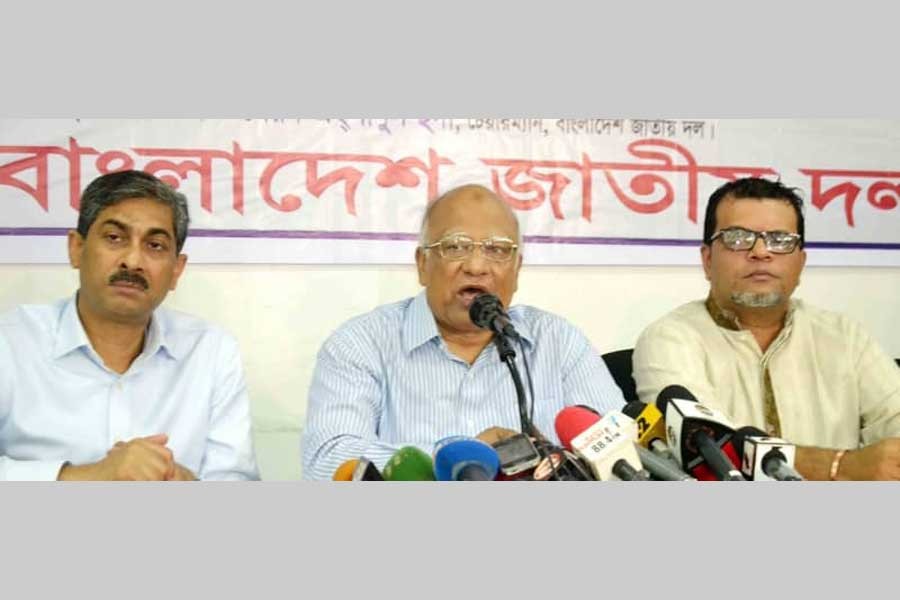 BNP senior leader Khandaker Mosharraf Hossain on Saturday questioned the motive behind Prime Minister Sheikh Hasina’s ‘repeated’ India tours when she could not even discuss the Teesta-water issue.

Speaking at a discussion programme, he also alleged that the government has failed to sign the Teesta water-sharing deal as it is not elected with people’s votes, reports UNB.

“The Prime Minister is on a visit to India as she visited the country many times in the past with people’s hope to resolve the Teesta water-sharing problem. She visited India repeatedly, but she has failed to bring the issue even in the agenda,” the BNP leader said.

He also said there are various speculations among people about Sheikh Hasina’s repeated India tours.

Bangladesh Jatiya Dal arranged the programme at the Jatiya Press Club, demanding the release of BNP chairperson Khaleda Zia and all other political prisoners.

Mosharraf, a BNP standing committee member, said, “The current government won’t be able to resolve any national and bilateral problem as it is not elected by the government.”

He said their party will resolve the Teesta water-sharing and other outstanding problems with India after forming the government with people’s mandate through the next general election.

Prime Minister Sheikh Hasina went to West Bengal on Friday morning on a two-day visit at the invitation of her Indian counterpart Narendra Modi. She is scheduled to return home Saturday night.