Wage a greater movement against govt: Fakhrul to people 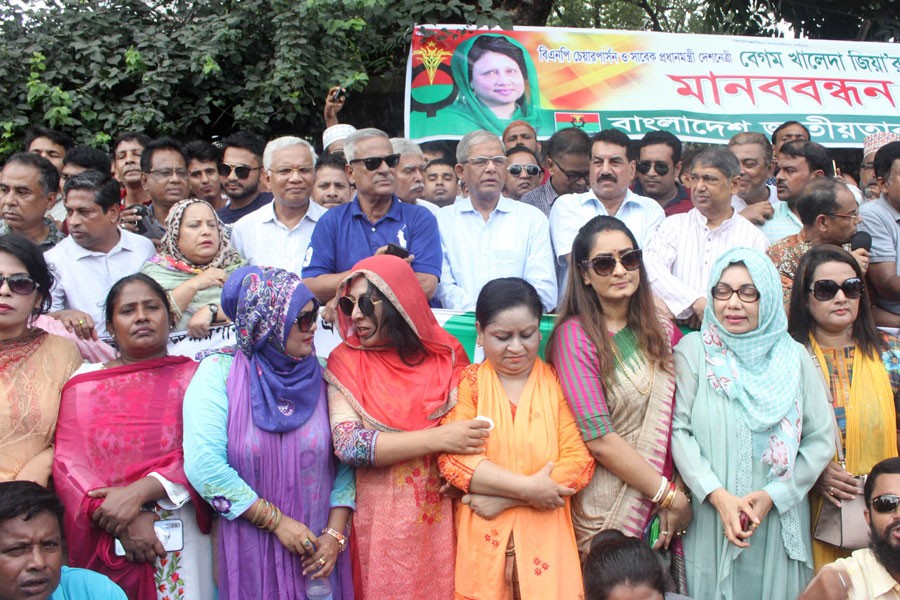 BNP on Wednesday urged people to put up a resistance against the current government through waging a greater movement to ‘restore their rights, democracy’ and uphold the Liberation War spirit.

“We call upon people to get united to resist those who snatched our all the rights, including voting one,” said BNP Secretary General Mirza Fakhrul Islam Alamgir.

Speaking at a human-chain programme, he further said, “We all, irrespective of party and opinion, must be vocal to protect our independence and uphold the Liberation War spirit. We’ll surely be able to defeat the current monstrous regime through launching a greater movement in the days to come.”

The BNP leader said the government has put the country in a dangerous situation by destroying democracy as it does not love people.

BNP organised the human-chain programme in front of the Jatiya Press Club demanding its chairperson Khaleda Zia's release from jail.

Party leaders and activists holding banners, festoons and placards joined the programme and chanted various slogans to have their chief freed from jail, reports UNB.

On Sunday, Fakhrul announced the programme demanding the release of Khaleda and her proper treatment.

The party is also scheduled to stage similar programme on Thursday in all districts and metropolitan cities to press for the demand.

BNP chairperson Khaleda Zia was sent to jail after a special court convicted her in Zia Orphanage Trust graft case on February 8, 2018.

She has been receiving treatment at Bangabandhu Sheikh Mujib Medical University since April 1 last.