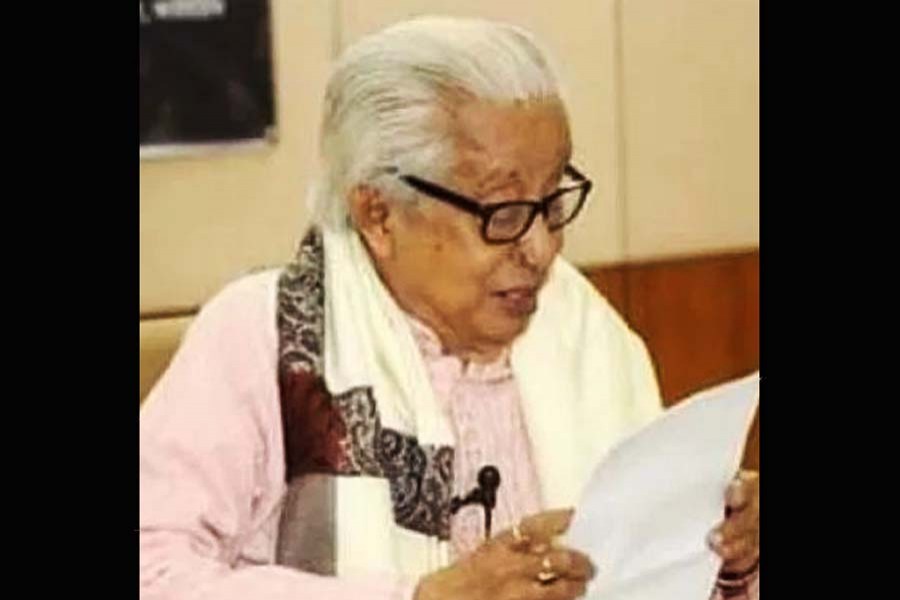 “He breathed his last at 5:30 am at his own house . . . he was asleep as he died,” Barua’s youngest son Deepa Barua said adding his father was suffering from various old age complications for long.

More known as DP Barua, the veteran journalist left behind three sons, a number of admires in his profession and in other professional and social groups and a host of relatives, reports BSS.

A 1952 language movement veteran Barua made his debut in journalism in 1958 when he was recruited by now defunct The Morning News newspaper. He also had a brief background in PR profession as a pubic relation officer in the then State Bank of Pakistan.

He later joined BSS and eventually became the Chief Editor and Managing Director of the state owned news agency BSS in 1991. Ahead of his appointment as the BSS chief he served as its managing editor for years.

His interview of the then Indian Prime Minister Indira Gandhi in New Delhi for BSS was widely acclaimed while he visited the Indian capital along with Father of the Nation Bangabandhu Sheikh Mujibur Rahman in 1974.

Born on April 10, 1930 in a respectable and enlightened family Mohamuni village of Raaojan upazila of Chattogram, Barua had his academic background in English literature while he secured his honours and masters degree from the University of Dhaka (DU).

He served for three tenures as Vice Chairman of Special Olympics of Bangladesh for Disabled Athletes.

A prolific writer Barua authored the biography on Dr BM Barua, the first D Lit in Asia, which was published from Bangla Academy.

He also authored ‘Culture and Tradition of Bengali Bouddha’ , ‘Bangladesh–China Relationship from a Buddhist Perspective’ and ‘His Holiness Sangaraj Shilalankar, 8th highest religious leader of the Buddhist – a short biography .

Incumbent BSS Chief Editor and Managing Director Abul Kalam Azad mourned Barua’s death particularly recalling to his service to the national news agency and conveyed his sympathy to the members of his bereaved family.

Jatiya Press Club (JPC) President Saiful Alam and General Secretary Farida Yasmin issued a joint statement condoling Barua’s death as he was the senior most member of the club and its frequent visitor until recently.