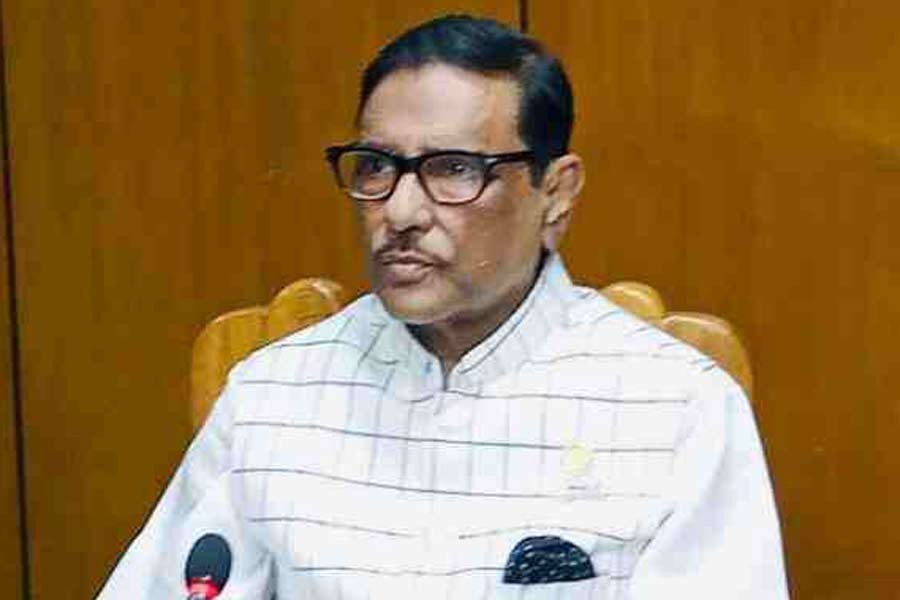 Awami League General Secretary Obaidul Quader on Sunday said a vested quarter is out to tarnish the government’s image when it is taking up different effective measures in facing disasters.

“When Prime Minister Sheikh Hasina is drawing up proper measures for the betterment of people during the disastrous period overcoming various limitations and hostilities, BNP is out to make falsehood and criticize the government,” he said.

The road transport and bridges minister came up with the allegation while addressing a function joining it virtually from his official residence on distribution of Eid gifts, seasonal fruits and health protective equipments among the orphans and opening a voluntary blood donation campaign under the arrangement of Krishak League on Bangabandhu Memorial Museum premises at Dhanmondi-32 marking the National Mourning Day.

The AL general secretary called upon all to be alert at highest level about the security of the premier as the entire nation remains worried about Bangabandhu’s daughter when August, the month of mourning, comes.

He said the country had witnessed the gruesome, stigmatised and brutal assassinations of Father of the Nation Bangabandhu Sheikh Mujibur Rahman and most of his family members 45 years back on August 15.

In continuation of August 15 carnage, grisly grenade attacks were carried out to assassinate the then Leader of the Opposition, incumbent Prime Minister and Awami League President Sheikh Hasina, daughter of Bangabandhu, on August 21 in 2004, he added.

The minister said because of the premier’s able leadership and directives since the outset of the coronavirus outbreak in the country, the crisis could not worsen to a big extent.

Sheikh Hasina’s government, he said, is making all-out strides for the welfare of the nation and attaining successes in every sector, so a quarter has become jealous.