Verdict in arms case against Papia, husband on Oct 12 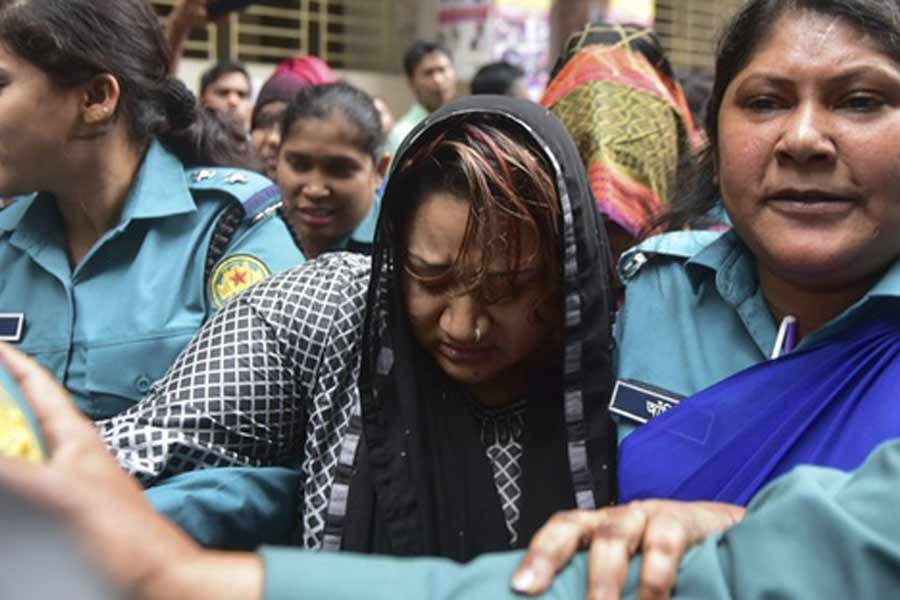 A Dhaka court is set to deliver a verdict in the illegal arms case against Shamima Noor Papia, an expelled leader of Jubo Mahila League, and her husband Mofizur Rahman, alias Sumon Chowdhury, on Oct 12.

Judge KM Imrul Kayes of Dhaka Metropolitan Special Tribunal-1 fixed the date after hearing the closing arguments of the state and the defendants on Sunday, reports bdnews24.com.

The couple is facing charges in four cases but the arms case is the first to reach the final stage of trial proceedings.

The RAB arrested Papia, her husband and their two associates, Sabbir Khandaker and Sheikh Tayeba Noor, and seized passports and counterfeit notes found on them at Shahjalal International Airport on Feb 22.

In a series of raids on Papia’s homes in Dhaka and Narsingdi on Feb 23, the RAB found huge wealth without a known source besides a pistol and five bottles of foreign liquor.

The couple have made the fortunes through “trading in drugs and arms, extortion, recruitment fraud and other sorts of embezzlement”, according to the RAB.

The couple run a gang styled “Q and C” in Narsingdi for extortion, drugs business and control, the RAB said.

The authorities initiated a case against the four at Airport Police Station over the seizure of the counterfeit currencies.

Papia and Sumon faced two other cases over the recovery of the gun and liquor at Sher-e-Bangla Nagar Police Station.