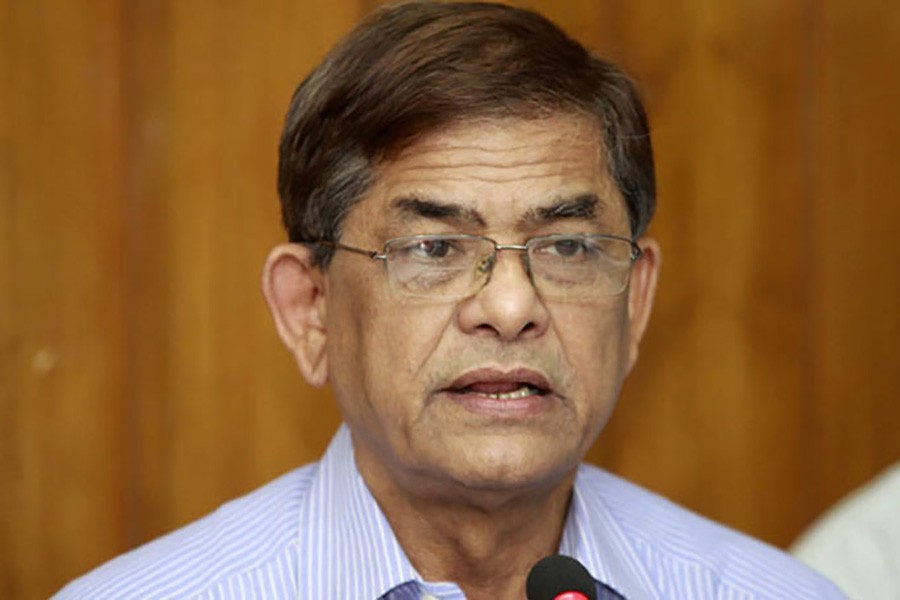 BNP secretary general Mirza Fakhrul Islam Alamgir on Tuesday said the next election is a big challenge for Awami League, not for BNP, as people will not cast votes for the ruling party.

"Facing people is Awami League's main challenge. They've started resorting to all evil designs sensing that people will boycott them. They're importing EVMs and asking police to arrest our leaders and activists," he said.

Speaking at a press conference at BNP's Nayapaltan central office, the BNP leader further said, "If you want to hold a meaningful election, free all (political prisoners). It's their (AL's) main challenge to resist people and they won't be able to do that."

Fakhrul warned that the country's people will not accept the repression and suppression on them. "They'll surely turn around and defeat the current evil force."

He said people will again take to the streets against the misrule and repressive acts of the government. "And then the government's house of cards will fall apart."

The BNP leader also hinted to announce tougher programmes in the days to come to have their chairperson Khaleda Zia freed from jail.

Replying to a question, Fakhrul said the next general election is very important one as it will determine the fate of democracy in Bangladesh.

He said the 11th parliamentary polls will not be acceptable if BNP does not join it. "So, the government has a major role in ensuring an acceptable and meaningful national election."

The BNP leader also said the media and the civil society need to play a constructive role in restoring democracy, and people's voting rights and holding the next polls in a credible and acceptable manner.

He voiced frustration over the role on media in strengthening democracy. "It's regrettable that we had a press conference on an important issue yesterday (Monday). But most print media, except one or two, didn't highlight it. We know the media are being controlled from behind the scene, but people are watching everything."

Referring to Awami League general secretary Obaidul Quader's remarks that BNP's existence will be at stake, Fakhrul said BNP will not get destroyed under any circumstance as it is a favourite party of the people of Bangladesh, reports UNB.

"BNP has been in the current position overcoming many obstacles and adverse situations. So, this party can't be eliminated," he observed.

He said the government must release Khaleda Zia from jail, install a non-party polls-time administration, create a level-playing field by dissolving parliament and reconstitution of the Election Commission and deploy army to ensure BNP's participation in the election.