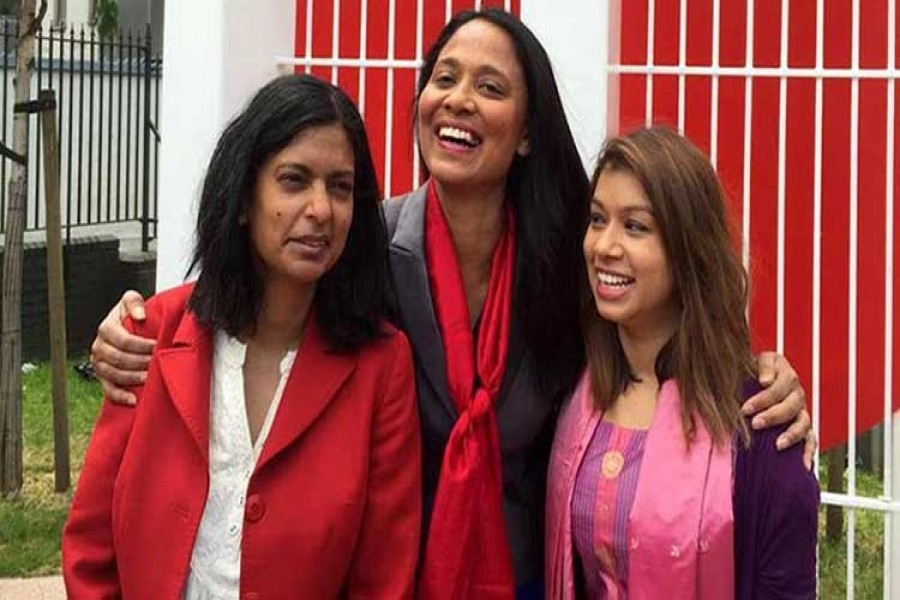 Three Bangladesh-origin candidates--Tulip Siddiq, Rushanara Ali, Rupa Huq--have been re-elected in the high-stakes snap UK general election dominated by Brexit. All of them were nominated by the Labour party.

Tulip, niece of Bangladesh prime minister Sheikh Hasina, won the Hampstead and Kilburn seat with a margin of 14,188 votes against her Conservative rival Johnny Luk, according to media reports.

Rushanara, the first British lawmaker with roots in Bangladesh, was also re-elected from Bethnal Green and Bow.

Rupa retained the Ealing Central and Acton seat bagging 28,132 votes, almost double to what her Conservative rival Julian Gallant got in the election.

Julian received 14,832 votes in the election.

The UK went to the polls on Thursday to determine the future of Brexit on January 31, the country's most significant geopolitical move in 70 years.

The lingering Brexit deadlock had led to the third election in less than five years.