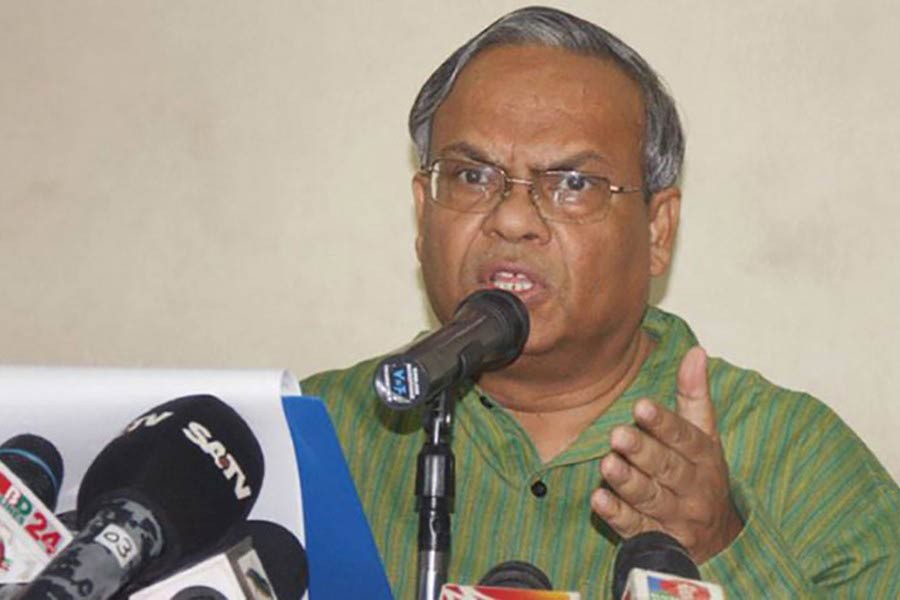 BNP on Wednesday said the transfer of 14 cases filed against its Chairperson Khaleda Zia to a Bakshibazar special court is a brutal government step.

"The transfer of 14 false cases filed against our leader Khaleda Zia has manifested the vindictive politics of the government. It's also the part of the government's plot to influence the trial process and conduct the court proceedings through camera trial,"

BNP senior joint secretary general Ruhul Kabir Rizvi came up with the remarks while speaking at a press conference at the party's Nayapaltan central office.

Rizvi also alleged that the government did it to harass further the BNP chief ahead of the next general election. "We strongly condemn the move."

On Monday, the Law Ministry shifted 14 cases filed against BNP chairperson Khaleda Zia to the makeshift court at Bakshibazar in the city.

The ministry also issued three gazette notifications in this regard.

Rizvi said Khaleda is now being forced to appear before the special court several days every week. "The motive behind the transfer of new 14 cases to the same court is also to harass her continuously."

He also said the government is making evil efforts to hold another lopsided election by creating obstacle to the political activities of the BNP chairperson and keeping her busy appearing before the court regularly.

"The government is conspiring against our leader. I would like to say the day is not far away when the regime will be caught into the trap set by itself."

Turning to the by-polls to the Dhaka North City Corporation mayoral post, the BNP leader said though the schedule for by-election was announced by the Election Commission, a level-playing field is not created there.

"Even, there is no atmosphere to hold a views-exchange meeting by opposition parties, let alone holding rallies and public meetings."

He urged the Election Commission to take necessary steps for creating a level-playing field for all parties in the DNCC electoral areas, according to UNB report.

Rizvi said preparations are going on to formally announce the BNP-led 20-party's candidate for the by-polls.