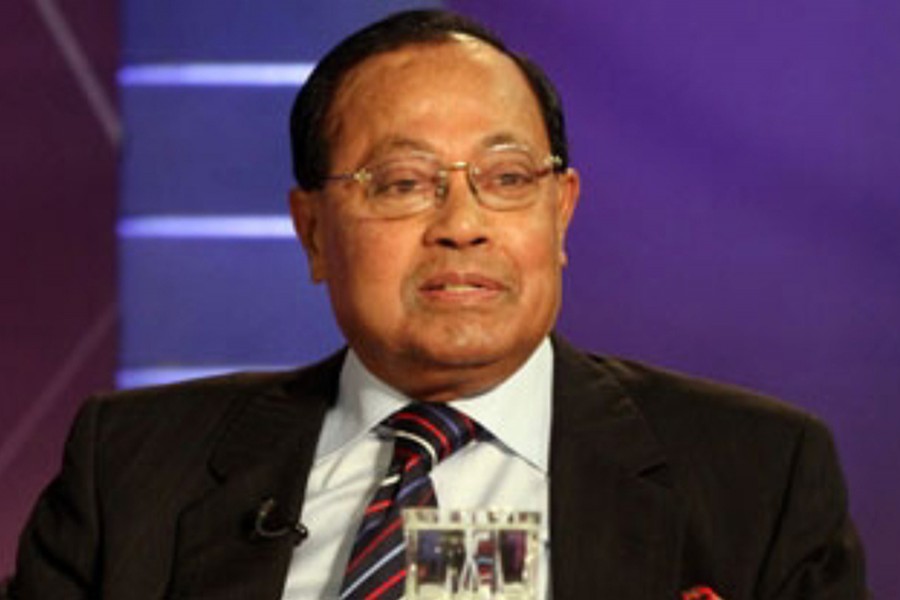 The Supreme Court has turned down BNP leader Moudud Ahmed's plea to review a High Court order that paved the way for continuing the trial proceedings of a corruption case against him.

The case filed by the ACC charged the BNP standing committee member with illegally amassing wealth and concealing wealth information.

Moudud had unsuccessfully appealed to the High Court and later, the Appellate Division for a stay on the trial proceedings.

He subsequently filed a review petition against the ruling but a six-member bench led by Chief Justice Syed Mahmud Hossain rejected the application on Sunday, according to a bdnews24 report.

Former law minister Moudud represented himself at the hearing while Khurshid Alam Khan appeared on behalf of the graft watchdog.

The top court's decision has removed all legal barriers to the trial proceedings at the lower court, ACC lawyer Khurshid said.