'Time is not good, be careful about making speeches' 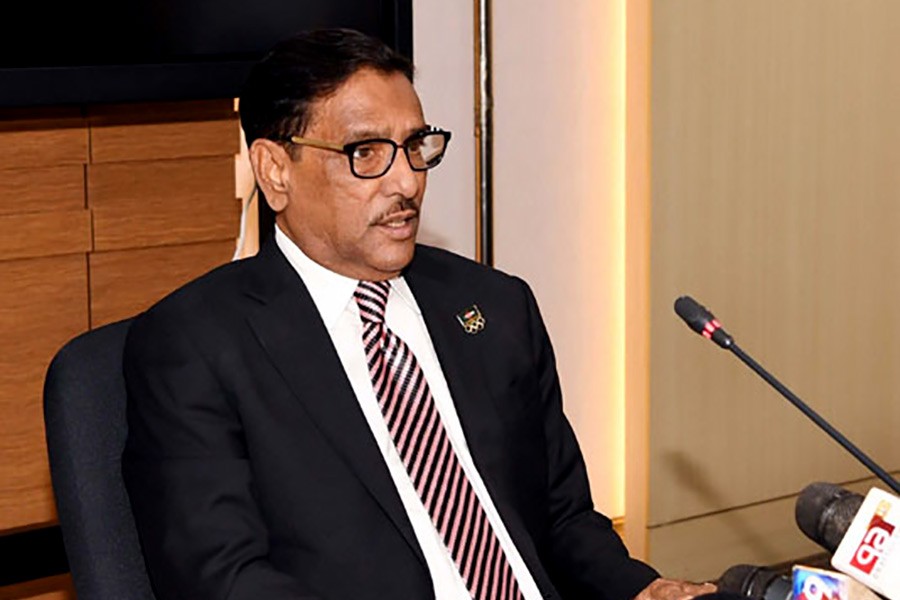 Awami League General Secretary Obaidul Quader has requested the leaders of his party to be more attentive about fulfilling duties instead of making speeches.

“Time is not good. My courteous request to our leadership and my co-workers, do not speak outside your station," Obaidul Quader said.

The road transport and bridges minister made the call while addressing a mourning event at Dhanmondi 32 in Dhaka on Saturday, reports bdnews24.com.

“Bangabandhu once complained that ministers always wanted to go on trips abroad,” he said.

“That these leaders talked a lot, but didn’t do much work. I am urging today’s leaders to remember those words,” the minister said.

The road transport minister said, “We must learn these lessons from Bangabandhu.”

He also urged activists to end the self-promoting practice of posing for photos with a picture of Bangabandhu.

“Please end this competition of exhibiting photos. There are questions about the political commitment of those who use photos of Bangabandhu and our leader Sheikh Hasina for self-promotion,” he urged.

Nominations are not earned through putting up a picture with Bangabandhu, but rather through public service, he said.

He also dismissed claims from BNP leader Moudud Ahmed that there would soon be a ‘very quick’ change in the political landscape of Bangladesh.

“Who can change the government? The people,” said Quader, addressing the BNP.