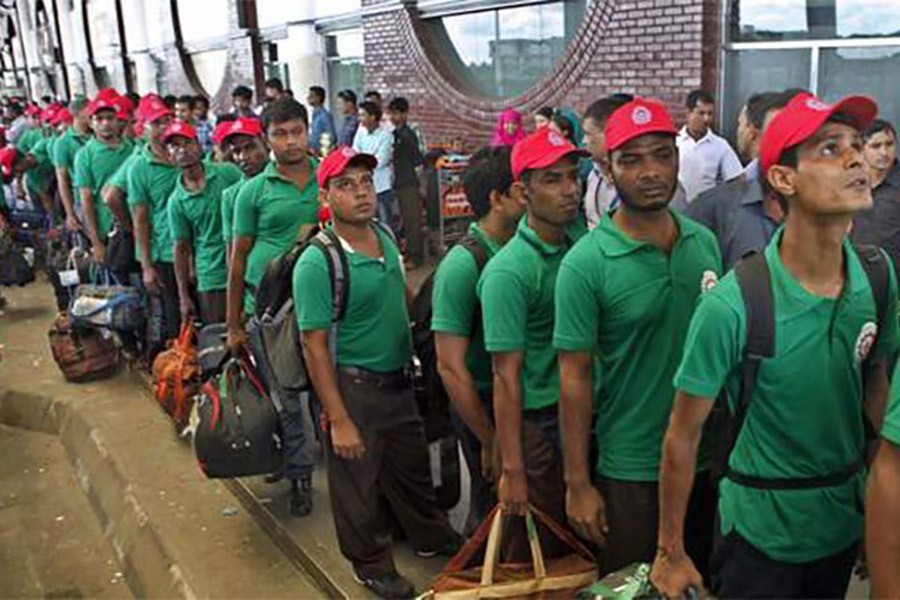 Some Middle-Eastern countries are ratcheting up pressure on Bangladesh to take back thousands of Bangladeshis, highlighting the vulnerabilities of migrant workers as the Covid-19 crisis deepens.

The Gulf nations are Qatar, Kuwait and Bahrain.

Pressure is also mounting from Singapore, Korea and the Maldives and some other countries to repatriate Bangladeshi nationals.

According to officials, Bahrain and Qatar want to send around 38,000 Bangladeshi workers and the number will cross 100,000 if all the Middle-Eastern countries are counted.

Talking to reporters after the meeting, Mr Imran said the Middle-Eastern countries have been pressing Bangladesh for some time to take back irregular Bangladeshi nationals and those who are convicted for committing crimes.

He said the government has to take back the nationals by chartered flight and discussion is going on with the national carrier Bangladesh Biman.

He said that Bangladesh sought the list of its nationals from each country, which wants to send them back.

"We have to take them back but before that we want to scrutinise the list," he told reporters.

The meeting was told that Kuwait has already sent a list of around 350 persons, who need to be repatriated to Bangladesh immediately.

Bangladesh is considering seeking assistance from development partners to take back such a large number of people from these countries, Mr Imran added.

He said the missions in these countries have been asked to keep close contact with the expatriates and look after their wellbeing.

"We've asked the missions to arrange food, medical and accommodation facilities for the expatriate Bangladeshis, who are in crisis," Mr Imran said.

"We have requested the authorities of the respective countries to employ the legal workers, who were terminated due to Covid-19, in other factories," he said.

About the Maldives, the minister said that since the outbreak of coronavirus, the tourism industry of the island nation faced a massive blow.

Most of the Bangladeshis are employed in the tourism sector and it found huge number of undocumented Bangladeshis there.

"They are pressing us to take back these people," Mr Imran said.

The foreign minister said Bangladesh is trying to defer the repatriation of the Bangladeshi workers, but many countries want to send them back right now.

"We are trying to persuade them so that the majority of them can be brought back after the virus crisis gets normal," he said.

He said Singapore also wants to send back over 100 Bangladeshis.

The home minister said the government will scrutinise the list before it takes back Bangladeshis.

"If we find that any of them were convicted for international terrorism or has any link with the ISIS, we may not take them," he said.