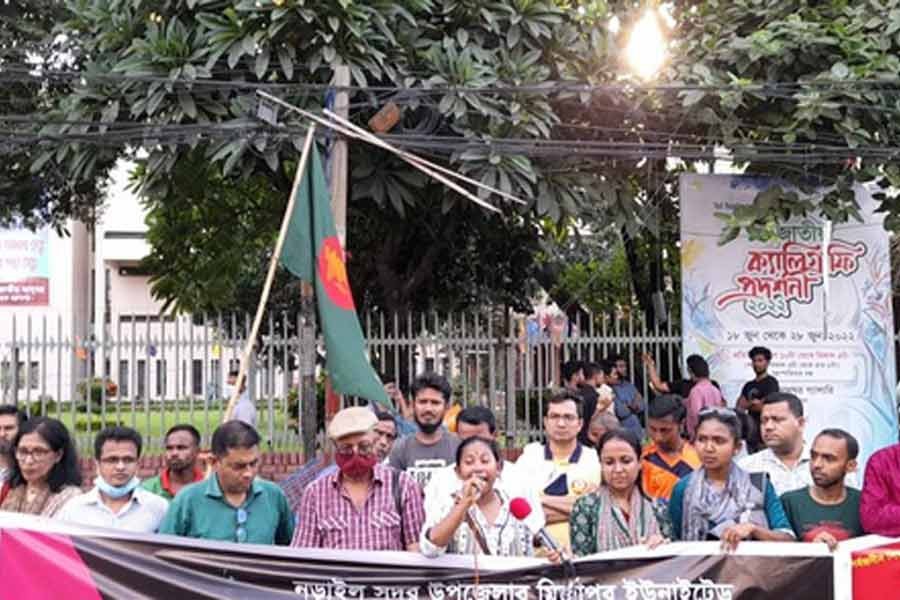 Amid protests and widespread criticisms, police have arrested three people in a case over the public humiliation of Swapan Kumar Biswas, a Hindu college principal in Narail.

Mohammad Shawkat Kabir, chief of Narail Sadar Police Station, said on Tuesday they made the arrests on Monday night after the cases was filed in the afternoon.

The incident took place in the wake of a post on Facebook by a Hindu student who had shared a photo of Indian BJP leader Nupur Sharma, who has been criticised for her remarks on Prophet Muhammad.

According to locals, some Muslim students asked the Hindu student to delete the post on Jun 18 after he had gone to the college.

Tension mounted when rumours spread that Swapan took the Hindu student's side. Angry Muslim locals and students set the motorcycles of the principal and two teachers on fire. The mob also clashed with the police.

A video of the incident showed the locals and students putting a garland of shoes around Swapan's neck in the presence of police, accusing him of belittling Islam for his alleged attempt to save the Hindu student from the same mob.

The Bangladesh Directorate of Secondary and Higher Education has formed a committee to investigate the incident amid protests across the country. The committee members also visited the college on Monday.

Swapan has not been staying at home since the incident. His wife said he went into hiding because he was feeling insecure.