The interesting history behind sweetmeat ‘Monda’ 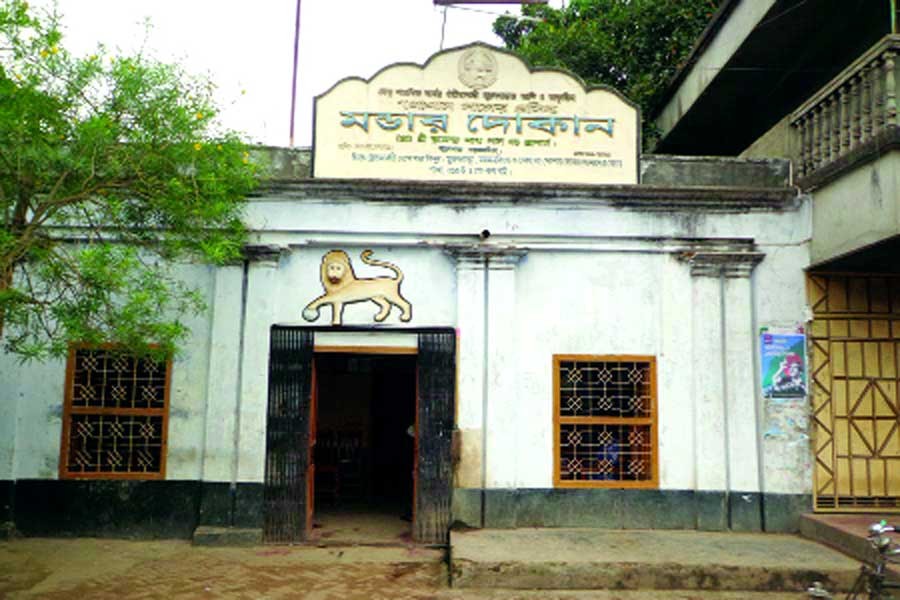 Descendants say, about two centuries ago Gopal Pal dreamt that a sage was ordering him to make sweetmeat.

The next day, Gopal started making sweet as ordered. Suddenly the saint arrived there and touched his hand. He taught Gopal the technique of making Monda,

Made with milk and sweet tasting substance, Gopal served his newly-innovated Monda at the palace of Maharaja Suryakanta Acharya Chowdhury, the then zamindar of Muktagacha.

The Maharaja got the utmost satisfaction by eating Monda, and Gopal was highly praised. From then the journey of Monda began.

About Gopal, it was learned that Gopal Pal was born in Murshidabad in 1799, i.e.,  he was born 219 years ago and died 111 years ago. In the front of the shop, there is a wooden sculpture of Gopal in a showcase.

After the death of Nawab Sirajuddaula, the last independent ruler of Bengal, Gopal moved to Rajshahi. Later, he settled in Muktagachha in 1824. The first Monda was made in 1825.

While seeking information about the famous Monda, an elderly man named Rabindranath Pal, sitting at the counter inside the shop, showed a small booklet to this correspondent. It was written that Monda is made only with yogurt and sugar. However, the secret of taste is hidden, which has been kept secret for years by the descendants of Gopal Pal.

Milk and sweet substance are the main ingredients of Monda. After making the Monda, it is not stored in the refrigerator. Under normal temperature, it remains fresh for five days in summer and 10 to 12 days in winter, he said.

Sweetmeat Monda has made Muktagaccha of Mymensingh famous across the country. The shop is named after Gopal Pal. And their Monda is called "Shingha Marka Monda". A large portrait of a lion has been placed in the front of the shop.

Going inside the shop, this correspondent saw several boxes have been placed inside the net filled with one kg, two kg, half kg of Monda. However, there were no Monda inside the cupboards or showcases for display. From the 'factory' behind the shop, fresh packets are being packed and placed in front desk when customers were purchasing the sweetmeat.

Mondas made with sugar are sold at Tk 500 per kg, and jaggery Monda is being sold at Tk 600 per kg. Many people visit the outlet from faraway places to purchase the sweetmeat. Also, they have the facility for customers to eat the sweetmeat sitting inside the shop.

As of now, the fifth generation is in business. Rabindranath Pal made it clear, "The main recipe for Monda is from our family. There is the secret that only we know. So, what was sold here and there in the name of the Gopal's Monda, is not original. We do not have any branch, agent, showroom, sales centre or sales representative anywhere in the country including Mymensingh and Dhaka."

They do not sell their products wholesale to any outside sweet traders. So, the Monda of this shop will not be available in any outside shops, he added.

Rabindranath Pal handles the outlet's cash. He is now almost 80 years old. He said their five brothers are keeping the tradition of the business alive. He refused to answer when he was asked to explain how much money they get daily and how much Monda was sold.

Muktagaccha is about 16 kms west of Mymensingh Sadar. Their shop is a little inside from Mymensingh-Tangail road.

Ex-Moulvibazar MP Sirajul dies from coronavirus in US