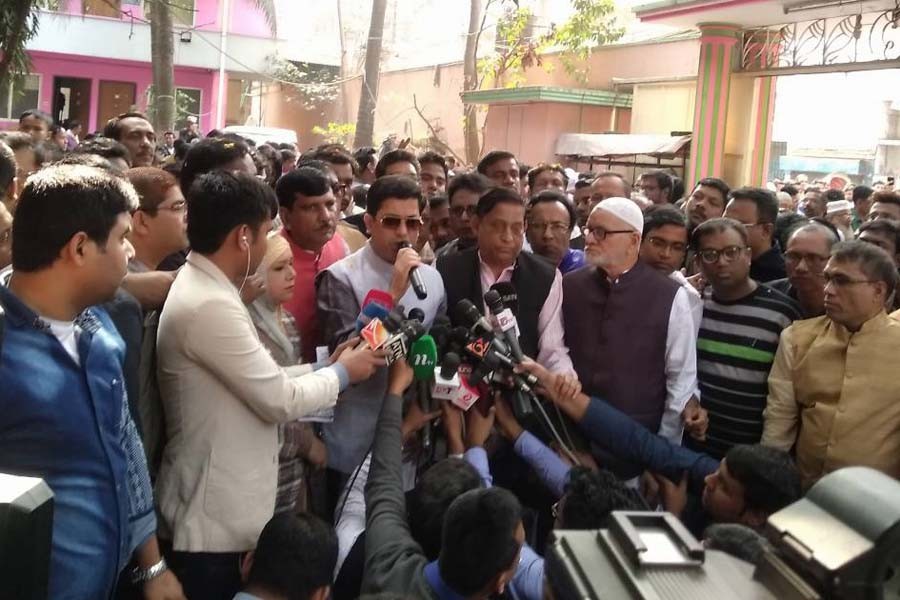 Awami League mayor candidate for the Dhaka South City Corporation (DSCC) Barrister Sheikh Fazle Noor Taposh on Friday said there will be no waterlogging in the capital if he is elected mayor in the February 1 election.

“I will work for resolving the waterlogging problem in the city, if I am elected in the upcoming polls. We want to build a clean Dhaka for its dwellers through a master plan,” Taposh said this in front of Madhwa Gaudiya Math in Narinda area in the city during election campaign.

Taposh said millions of people are living in the city but they are not getting their desired services, reports UNB.

“I will give emphasis on waste management, air pollution control, green environment, playground, tackling traffic jam and corruption if elected,” he said.