Sylhet Central Truck Terminal yet to be made operative 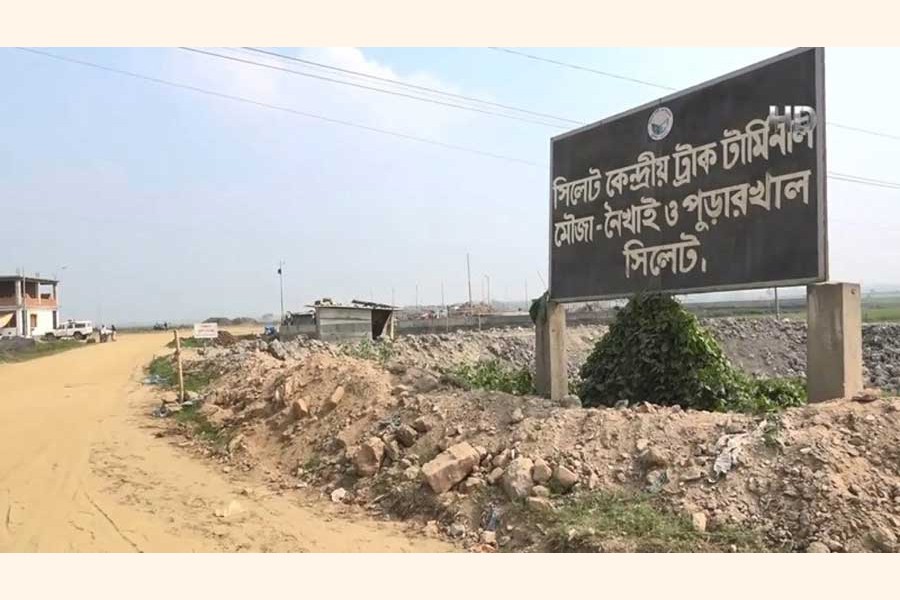 SYLHET, Jan 08: The Sylhet Central Truck Terminal, set up by the Sylhet City Corporation (SCC), is yet to be made operative and it remained free of trucks as the drivers are not at all interested in keeping their vehicles there.

With a target to easing traffic congestion at different places of the city, the SCC established it in Paraichak area on the Dhaka-Sylhet highway (via Fenchuganj) recently but yet the truckers do keep their vehicles parked haphazardly here and there causing much hassles for others and pedestrians.

Then Finance minister AMA Muhith, also lawmaker from Sylhet, formally laid foundation of the terminal on November 23, 2013. It was then built at a cost of Tk 250 million.

Planning minister MA Mannan formally inaugurated it on October 19 last year while the terminal was leased out for a year to Sylhet Zila Transport Malik Group for Tk 3.4 million through bidding.

The lessee took its possession from the SCC since October 01 but was now reportedly suffering loss as most of the truckers still remain off the terminal for mysterious reasons.

Sources alleged a group of truck Sramik Union members had been creating obstacles in making the terminal operative for reasons like illegal toll collection.

Specific complaints had already been lodged in this regard with the Deputy Commissioner and Metropolitan Police Commissioner, an official informed.

An official at the SCC, however, said they are looking into the matter and the truckers should use the terminal and keep the roads free.