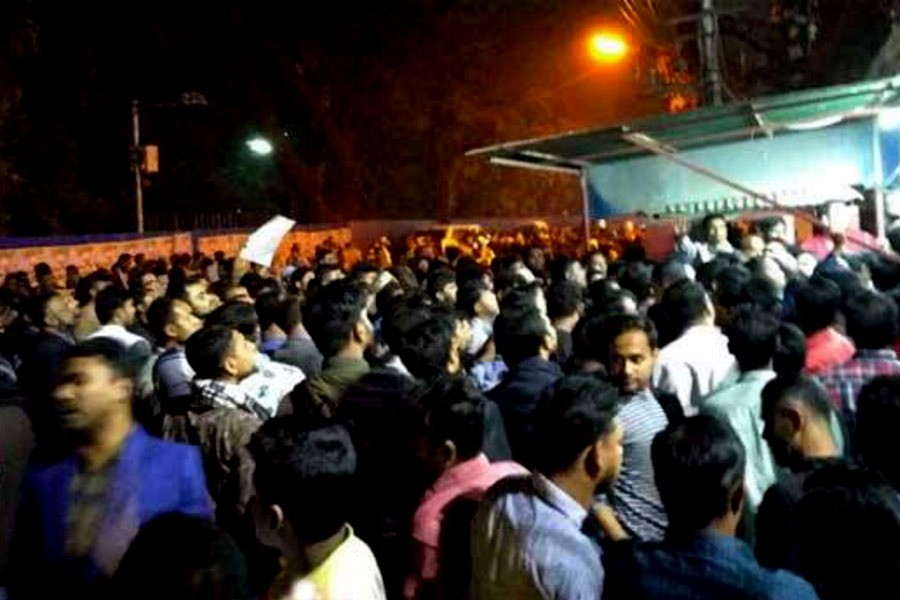 They chanted slogans against BNP secretary general Mirza Fakhrul Islam Alamgir for what they said depriving their leaders of nominations, reports UNB.

The protesters demanded the party nominate their respective leaders as candidates reviewing its decision.

At one stage, they tried to break the two gates of the office in their bid to enter it. They also hurled stones at the office, damaging its windowpanes.

Fakhrul, BNP standing committee members Khandaker Mosharraf Hossain, Nazrul Islam Khan and some other party leaders were there in the office during the demonstration.

Earlier in the day, Ehsanul Haque Milon's supporters kept BNP central office under lock and key for nearly an hour protesting the party's decision not to pick him its candidate for Chandpur-1 seat.

The protesters unlocked the BNP central office's main gate around 2:15pm giving the party high-command a 12-hour deadline to review the decision on the party's final candidate for Chandpur-1 constituency.

HC directs authorities to set up breastfeeding corners at all factories