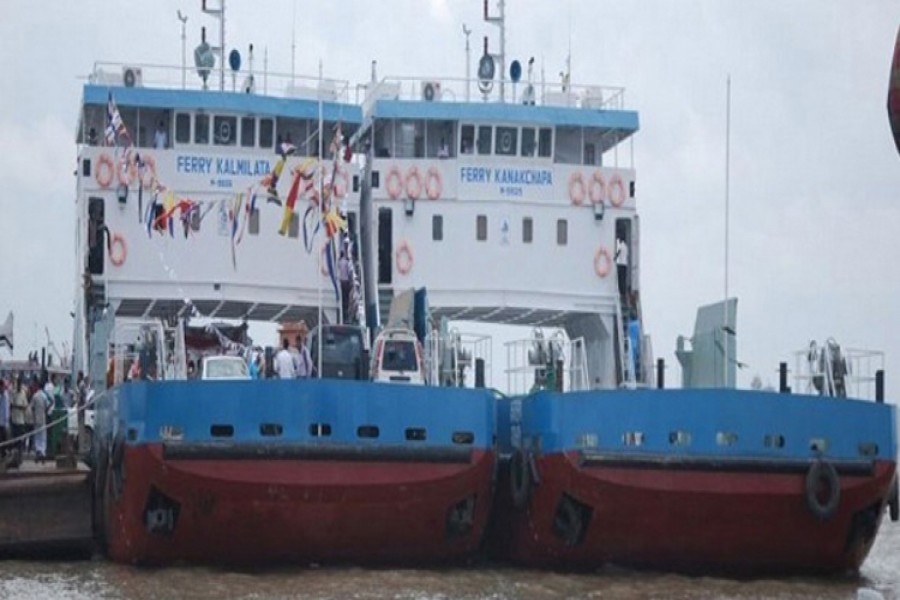 Due to heavy current in the Padma River, the ferries are taking long time to cross the river. - File photo

Ferry services on Shimulia-Kawrakandi route in the Padma River have been disrupted for more than one week due to strong current.

As a result, at least 400 vehicles, including goods-laden trucks, remained stuck at ferry ghat on Monday, creating long tailback on the highway.

Shah Newaj Khaled, assistant general manager of Bangladesh Inland Water Transport Corporation (BIWTC), said that there are 17 ferries in their fleet. Of those, 13 - four Ro-Ro ferries, four K-type, four damp, and one medium - are in operation on the route.

Due to heavy current in the Padma River, the ferries are taking long time to cross the river and moving slowly at Lauhojang turning point, he added.

As buses and small-size vehicles are getting priority to cross the river, goods-laden trucks have to remain stuck at ferry ghat, said Newaj, adding that sometimes, trucks remain stranded at ferry ghat for more than one week; according to UNB.