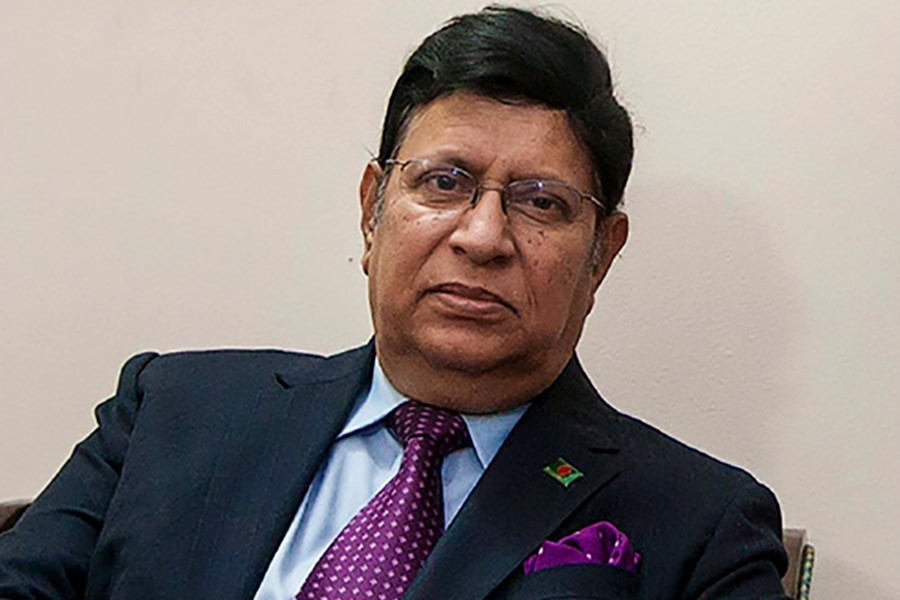 Foreign Minister AK Abdul Momen has advised the so-called 'pundits' of the country not to dance to the tune of foreigners but instead focus on the country’s interest saying that the newly opened Padma Bridge is a shining example in this regard.

He said it is time to realise the fact that lectures from foreigners are not always good for the country.

“We should have respect for something which ensures people’s welfare. Prime Minister Sheikh Hasina knows her country and her people. It is not right to just jump on the words of foreigners,” Momen said on Tuesday. The Padma Bridge is a lesson that the critics need to learn to decisions for national interest and people’s welfare, he added.

The foreign minister joined virtually from London in a programme at Foreign Service Academy in Dhaka to celebrate the Padma Bridge’s opening on June 25, reports UNB.

Mentioning the PM's boldness and determination, Momen said they can proudly say that her decision was correct and the people are immensely grateful to her for the respect she has brought to the nation.
Apparently referring to the World Bank, Momen said one does not always need to believe what the big organizations say just because they do various tricks in their own interest.

He said the foreigners do many things and there are differences in their (foreigners') appearance – outside and inside.

Momen sought an apology from those who stigmatised several Bangladeshi officials with false allegations (of corruption) on the Padma Bridge issue. The officials should be compensated for the pain they had suffered, he said.

The speakers highlighted the importance of the Padma Multipurpose Bridge in the socio-economic development of Bangladesh.

They termed the Bridge as the symbol of pride and self-confidence, the dream of which came true with the hands of Prime Minister Sheikh Hasina, who took the bold decision of building the bridge with our own resources.

The speakers also mentioned the foreign dignitaries and media who made positive remarks on the successful completion of the Padma Bridge.

The program was physically attended by the officers and staff members of the Ministry of Foreign Affairs while all the Bangladesh Missions abroad attended the programme virtually.

The theme song on Padma Bridge was played at the beginning. The programme ended with a music and dance performance based on patriotic songs by the Srishti Cultural Centre.

Bangladesh witnessed a historic moment on Saturday with the inauguration of the Padma Bridge demonstrating to the world what this country can do on its own, proving the sceptics wrong amid the World Bank’s scrapping of committed loans.

Prime Minister Sheikh Hasina, who took up the challenge to go ahead with self-financing the bridge of national pride, formally opened the bridge, a milestone on the connectivity front, nationally and regionally.