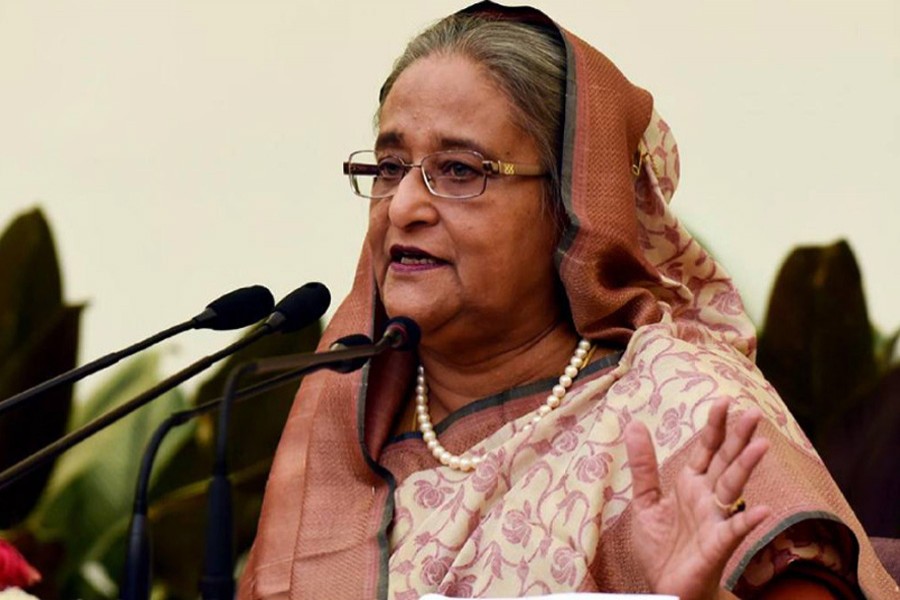 Prime Minister Sheikh Hasina has urged all to remain alert against any sort of repression of women in society, saying that only enacting laws is not enough to stop this social disease.

"We’ve enacted laws [but] only enacting laws cannot make everything [right]. All -- men and women -- have to be aware so that no-one falls to victim of such torture," she said.

The Prime Minister said this while speaking at a programme arranged at Osmani Memorial Auditorium in Dhaka here, marking the 139th birth and 87th death anniversary of Begum Rokeya Shakhawat Hossain on Monday.

Sheikh Hasina said special attention is needed to ensure the protection of women in all spheres of life, reports UNB.

Begum Selina Khalek spoke at the programme on behalf of the Padak recipients.