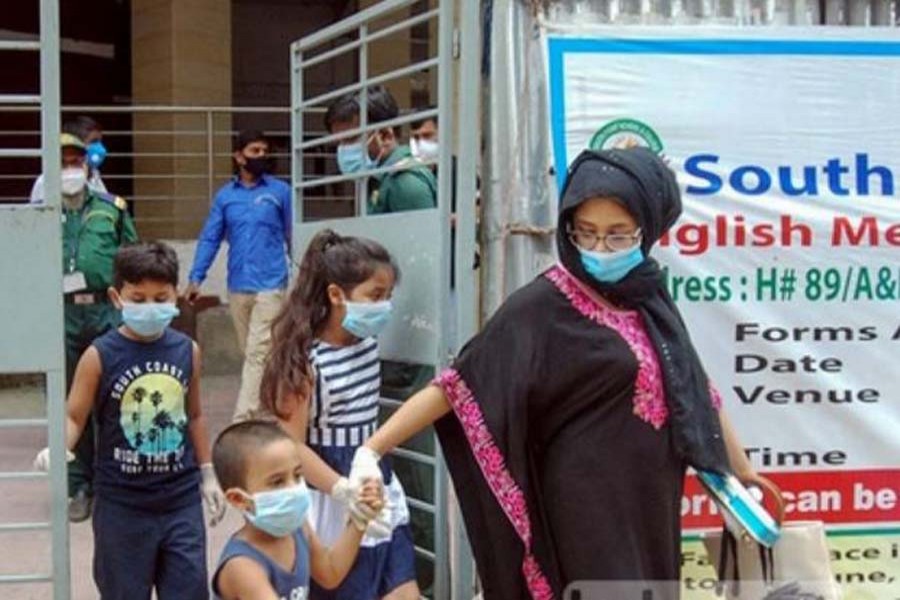 The government has ordered South Point School and College to explain the reason for running multiple “unapproved” campuses in parts of Dhaka.

It sent a notice ordering the principal of the school to write a letter of explanation to the college inspector’s office at the Dhaka Education Board in seven working days, reports bdnews24.com.

Hamida Ali, principal of South Point School and College, said her institution has already applied for the approval of those campuses but the education board halted inspections due to the ongoing coronavirus pandemic.

The school is listed in the board’s database for running a co-education programme, but the authorities are running unapproved gender-specific campuses, putting the students in trouble, according to the government notice.

Approval for South Point School and College expired in 2018 and the authorities issued permission for an institution-run committee under a special condition in 2019.

The school already received permission to change venues twice, according to the documents.

In 2007, they were permitted to change the address for the first time under the conditions to arrange their own land and building and not to use the school and college building for other purposes.

In addition to its campus in Malibagh Chowdhurypara, South Point has been running campuses in Gulshan, Uttara, Mirpur and other places without the approval from the board, according to students and their guardians.

Earlier on Oct 15, 2019, the authorities wrote to the college asking the reason for running ‘unapproved’ campuses, to which the college has never replied with a ‘logical answer,’ according to the notice.

At least 12,500 students are studying at the Uttara, Banani, Mirpur, Malibagh and Baridhara branches of South Point School and College, with 300 teachers on the institution’s payroll, said Principal Hamida Ali.

They had applied for the approval for the new campuses ‘long ago,’ Ali told bdnews24.com.

“The education board has written to us providing a schedule to inspect the campuses, which later got delayed due to the coronavirus epidemic. We have no idea why we were served with a show-cause notice.”