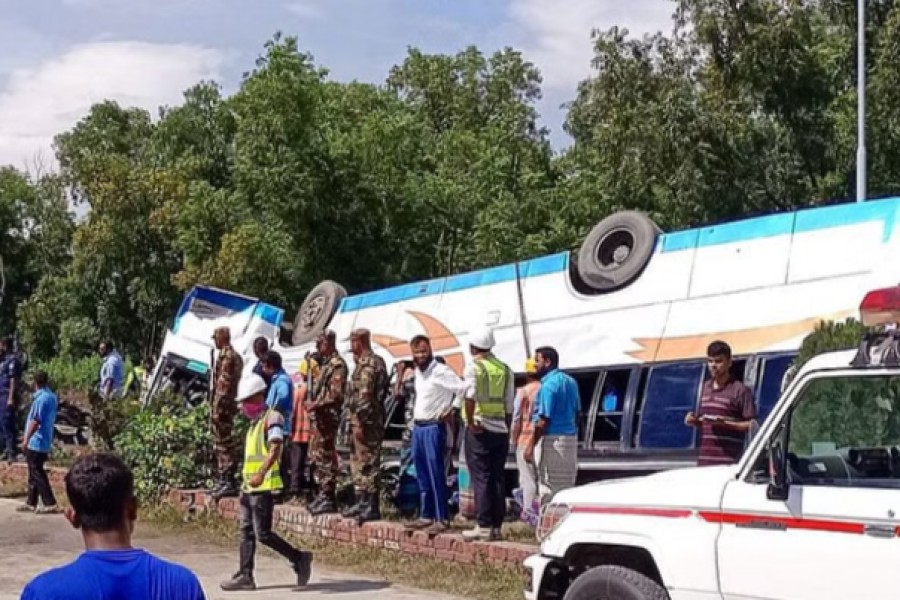 At least six people, including two children, have been killed in a head-on collision between a bus and a microbus in Tangail's Kalihati Upazila.

The incident took place in the Golattor area on the Bangabandhu Bridge's east end around 1:30 pm on Thursday, according to police, reports bdnews24.com.

The microbus was heading to the north from Dhaka when it crashed into the bus travelling in the opposite direction, said Md Shafiqur Islam, chief of Bangabandhu Bridge East Police Station.

The victims include all three passengers on the microbus and three bus riders, according to Md Kaiser, the district's superintendent of police.

But the authorities could not immediately provide their identities.