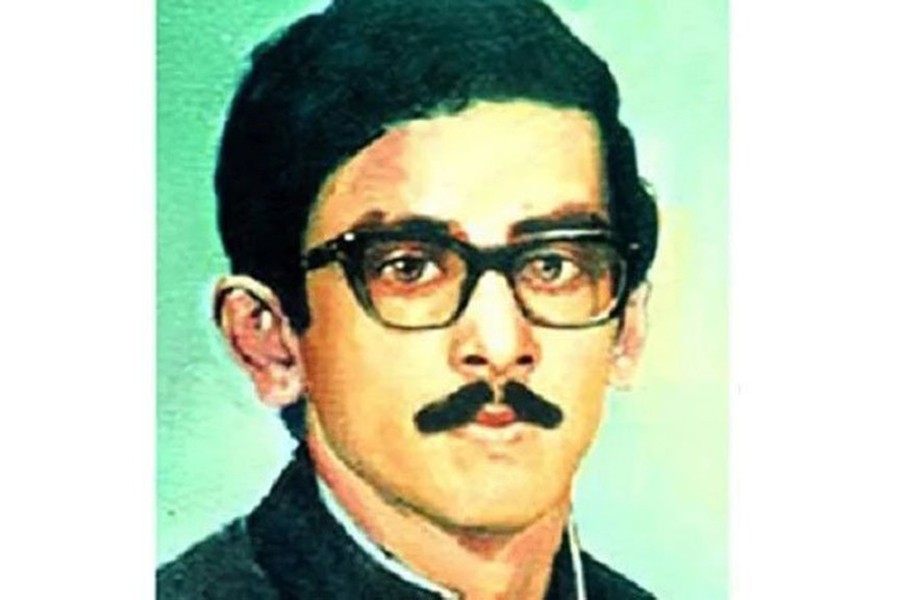 The 73rd birth anniversary of Sheikh Kamal, the eldest son of Father of the Nation Bangabandhu Sheikh Mujibur Rahman, is being observed in a befitting manner today (August 5), BSS reports.

Born on August 5, 1949 at Tungipara in Gopalganj, Sheikh Kamal was a former executive member of the central committee of Bangladesh Chhatra League (BCL), the student wing of Awami League (AL).

Different sports and socio-cultural organizations, including the ruling Awami League, have taken elaborate programmes to observe the day.

Marking the day, AL and its associate bodies paid homage to Sheikh Kamal by placing floral wreaths at his portrait on the premises of Abahani Club at Dhanmondi this morning.

Wreaths were also laid at his grave at Banani Graveyard. Quran Khwani, milad and doa mahfil will be held here.

Besides, Abahani Limited has chalked out day-long programmes to observe the birth anniversary of its founder Shaheed Sheikh Kamal.

The directors, officials and players of Abahani Club paid tribute to Sheikh Kamal by placing wreaths at his portrait on the club premises in the early hours of Friday and offered special prayers seeking eternal peace for the departed soul of Kamal.

The programmes also include day-long recitation from the Holy Quran, a virtual discussion on the life and works of Sheikh Kamal at 4 pm and doa mahfil at the club Bhaban after the Asar prayers maintaining social distancing amid the coronavirus pandemic.

He was also a student of Setar musical department of Chayanat, a reputed cultural entity in the country.

Kamal was not only the founder of Abahani Krira Chakra, one of the best sports organizations in the subcontinent and pioneer of modern football in Bangladesh, he was also a founder-member of Dhaka Theatre.

He was well-known as an actor in the Dhaka University's drama arena.

Since his childhood, Kamal was very much enthusiastic about different sports including football, cricket, hockey and basket-ball.

Sheikh Kamal was commissioned in the Muktibahini after receiving training from the first war course in independent Bangladesh and served as ADC of General MAG Osmani, the commander-in-chief of the Liberation War in 1971.

After the country's independence, Sheikh Kamal retired from the army and paid attention to the study.

Kamal was a Master's (final year) examinee and a member of the Jatiya Chhatra League central committee, a wing of Bangladesh Krishak, Sramik Awami League (BAKSAL), when he embraced martyrdom on August 15 in 1975 at the age of 26.

AL General Secretary and Road Transport and Bridges Minister Obaidul Quader has urged all leaders and activists of the ruling party and its associate bodies to observe the day in a befitting manner.