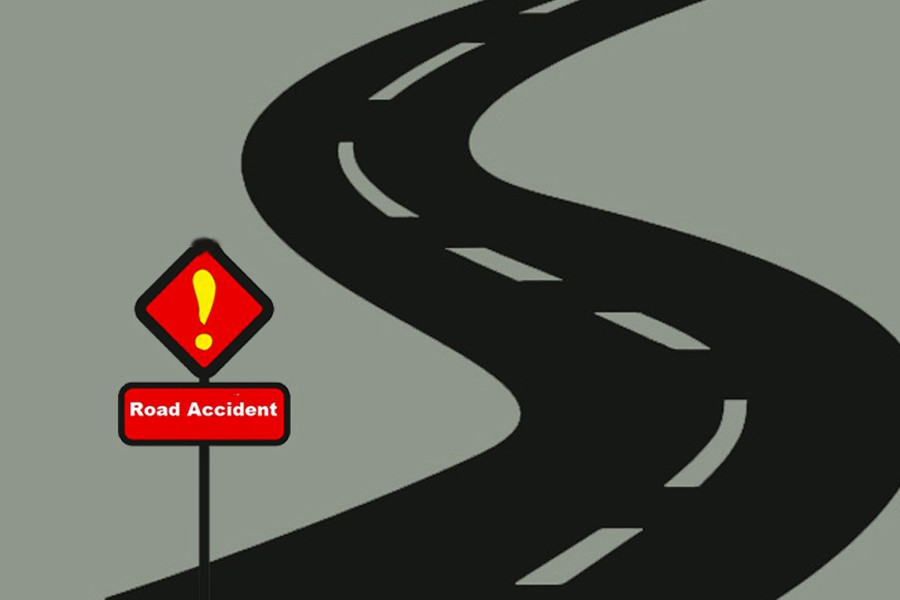 Seven people were killed in separate road accidents in Faridpur, Sylhet and Chuadanga districts on Sunday.

In Faridpur, three people, including a 30-year-old woman and her seven-year-old daughter, were killed in separate road accidents, reports UNB.

Two of the deceased were identified as Suparna Biswas, wife of Prabir Biswas of Tungrail village in Boalmari Upazila and their daughter Protyasha Biswas.

Suparna and her daughter were returning home on a paddled van with her daughter from Shasrail market around 2:30 pm when a recklessly speeding truck hit the van from behind near Kalimajhi brick kiln on Maijkandi-Bhatiapara regional highway, said Kalpana Mandal one of the witnesses.

The truck driver managed to flee along with the truck, leaving the duo dead on spot, said Md Abdul Wahab, Officer-in-Charge of Boalmari police station.

Meanwhile, Sajib Sheikh, 17, a construction worker was killed and two others were injured as he lost control of his motorcycle near Shyampur filling station in Sadarpur Upazila headquarters.

In Sylhet, three people were killed as a motorcycle collided with a truck in Jaintapur Upazila in Sylhet.

The accident occurred around 3 pm near Sylhet gas field on Sylhet-Tamabil highway leaving one of the motorcycle riders dead on spot.

Another motorcyclist died on the way to hospital while another severely injured rider died under treatment at Sylhet MAG Osmani Medical College and Hospital, said the OC.

“Both the vehicles were seized but none has been arrested in this regard yet,” he said.

In Chuadanga, a seventh-grader was killed hit by a tractor at Ramnagar intersection of Damurhuda Upazila in Chuadanga

Police said a mud-laden tractor hit the Likhan from the opposite direction on his way home from a coaching centre in the area around 10:00 am leaving him to spot dead.