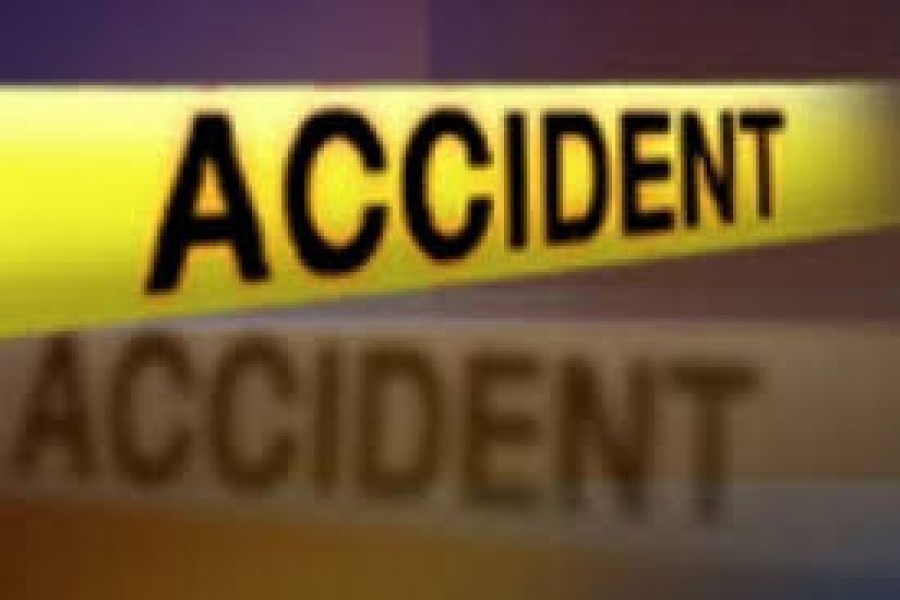 A BRTC bus has ploughed into a small passenger vehicle on the Dinajpur-Thakurgaon highway, killing seven people, mostly from two families, reports bdnews24.com.

The Rangpur-bound BRTC bus collided head-on with the van on the highway around 2:45 pm on Monday, said Abdul Matin, chief of Birganj Police Station.

The driver of the van and another person were critically wounded and rushed to the hospital in Birganj. They were pronounced dead by a doctor there.

The victims have been identified by police as Nasrin Begum, 45, her daughter 'Rupa', 8, Abul Hossain, 55, his wife Asma Khatun, 45, their daughter 'Namia', 8, and ‘Nargis’, 27. The dead autorickshaw driver is yet to be identified.

After the collision, the BRTC bus veered into a roadside ditch as the driver and his aide fled the scene.

Hundreds of local people then blocked the road, obstructing traffic for two hours before police brought the situation back to normal.