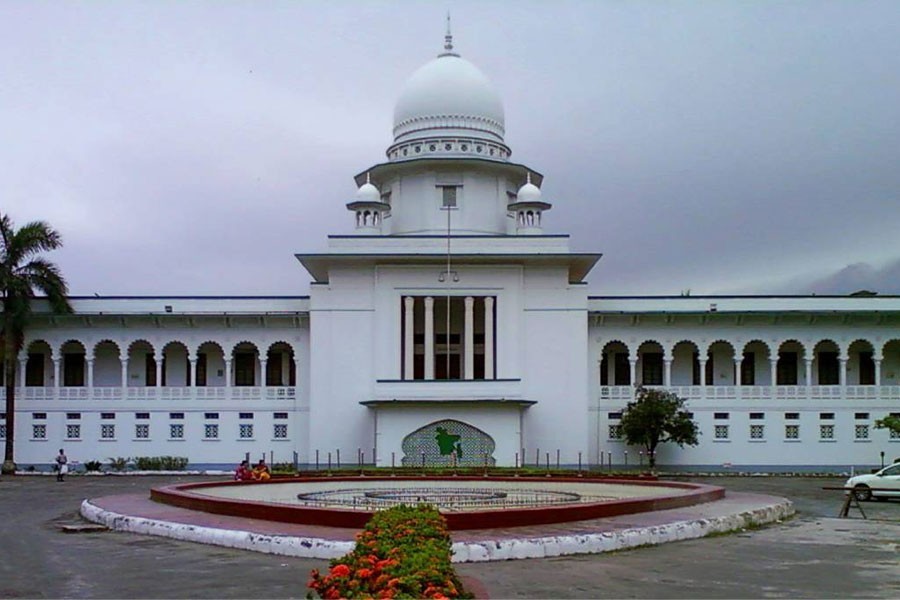 The authorities have ramped up security measures at the Supreme Court premises ahead of the hearing of BNP Chairperson Khaleda Zia's bail appeal in the Zia Charitable Trust corruption case.

The hearing at the Appellate Division led by chief justice Syed Mahmud Hossain began at 10:00am on Thursday.

The authorities are allowing only 30 lawyers from each side into the courtroom.

Police presence has been increased at the entrance to the apex court with law enforcers checking the identity cards of everyone entering the court premises.

"We're checking the IDs of people as an extra security measure and not to harass them at all,” said SM Shamim, senior assistant commissioner of DMP's Ramna Zone.

An archway has been set up outside the Appellate Division room where a large number of security personnel have taken position.

Khaleda's medical report was sent to the top court from the Bangabandhu Sheikh Mujib Medical University (BSMMU) on Wednesday.

The court is likely to issue its order on Khaleda’s appeal challenging the High Court's decision to reject her bail based on that report, bdnews24.com reports.

Khaleda has been undergoing treatment at BSMMU since April.

Her release will be ensured if she is granted bail in the Zia Charitable Trust graft case as she has already secured bail in the other cases against her, according to her legal counsels.

The decision on Khaleda’s bail was due on December 05, but the bench of six in the Appellate Division could not issue the order as the BSMMU authority failed to submit the medical report. The court then extended the date for six days amidst chaos in the courtroom and fixed December 12 to issue the order.

Authorities subsequently installed eight CC cameras at the courtroom of the chief justice.