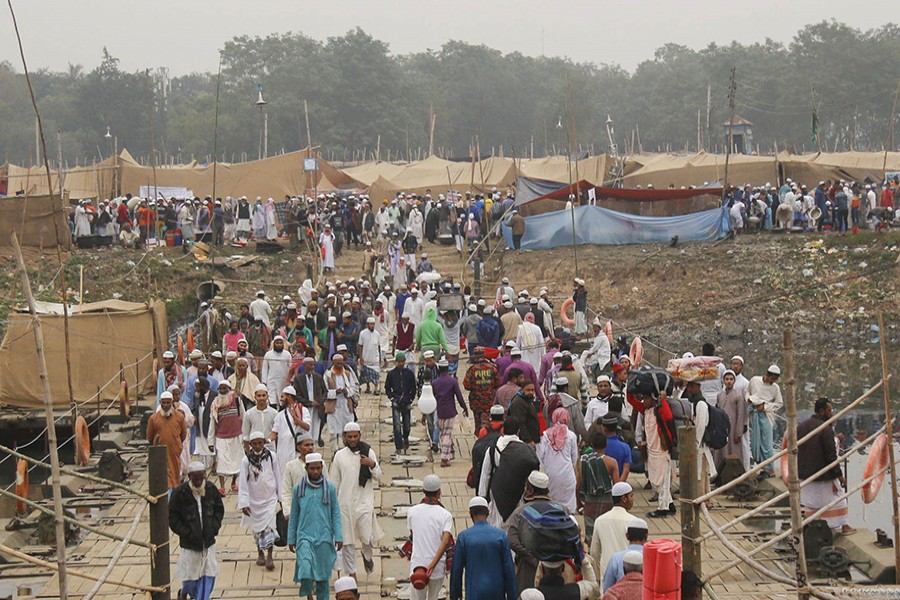 The second phase of three-day Biswa Ijtema, the second largest congregation of Muslims after Hajj, begins on the banks of the Turag River at Tongi on Friday.

The 55th edition of the Biswa Ijtema began with "a'mbayan" (general sermons) after Fazr prayers with the participation of the followers of Indian Islamic preacher Maulana Muhammad Saad Al Kandhalvi.

Several thousand devotees are expected to offer Jum'a prayers on the first day of the second phase Ijtema.

Thousands of devotees from home and abroad thronged the banks of the Turag River to take part in the religious event to seek divine blessings of the Almighty Allah.

The three-day Biswa Ijtema will end on January 19 with Akheri Munajat (final prayers).

Additional police have been deployed in and around the Ijtema venue to ensure security of the devotees. The venue has been brought under CCTV surveillance.

The first phase of three-day Biswa Ijtema ended on Sunday last through the Akheri Munajat.

Tabligh Jamaat has been organising the congregation at the venue since 1967.