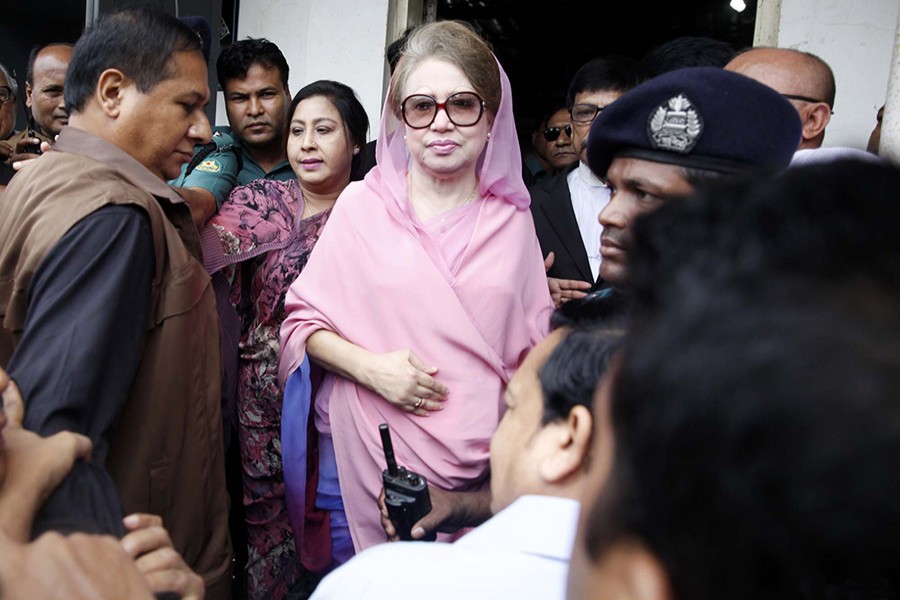 The Supreme Court has upheld a High Court order that granted bail to BNP Chairperson Khaleda Zia in a case filed under the Special Powers Act over the 2015 Cumilla arson attack.

A four-member bench of the Appellate Division headed by Chief Justice Syed Mahmud Hossain passed the order on Tuesday.

The SC also ordered to dispose the maintainability of the petition within seven days, news agency UNB reports.

Earlier on Monday, the SC fixed the date to pass its decision after completing hearing of the leave-to-appeal petition filed against the High Court order.

On May 28, the HC granted bail for six months to BNP chief Khaleda Zia in two cases filed in Cumilla.

Eight people were killed and 20 others injured when miscreants hurled a petrol bomb at a bus at Jogmohanpur in Chouddagram of Cumilla district during the BNP-led alliance's movement on February 3, 2015.

Two cases were filed against Khaleda in this connection.