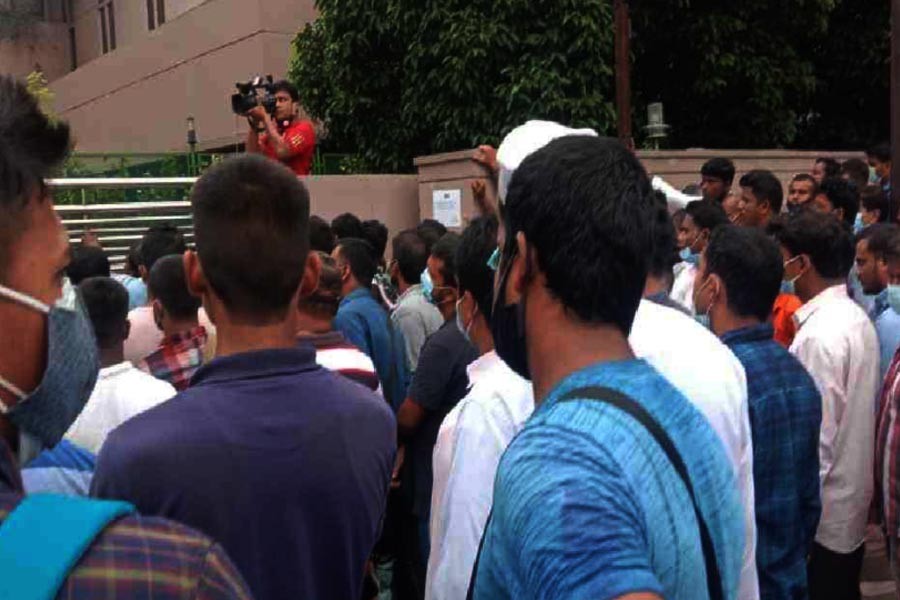 Saudi Airlines is selling tickets for the fourth consecutive day on Sunday to help expatriate Bangladeshis return to their workplaces in the kingdom.

People who have already gotten their tokens are collecting tickets since the morning, reports UNB.

Saudi Airlines started issuing tickets for Bangladeshi expatriates on Thursday morning, a day after migrant workers demonstrated in Dhaka for return tickets to the kingdom.

They came home with return tickets but could not go back due to a shortage of Biman flights amid the coronavirus pandemic.

Migrant workers demonstrated in front of the Expatriates’ Welfare Ministry in Eskaton, demanding extension of visas and Iqamas and arrangement of return tickets to Saudi Arabia.

On Wednesday evening, the foreign minister said Bangladeshi expatriates will be able to return to their workplaces as both Biman and Saudi airlines got permission to operate flights.

AK Abdul Momen said the Saudi government agreed to extend visas for those Bangladeshis who want to return to the kingdom but their visas expired.

He also said the Iqama of Bangladeshi workers will remain valid for 24 more days and there will be further extension, if required.

The Kingdom of Saudi Arabia is the most popular destination for migrant workers from Bangladesh.