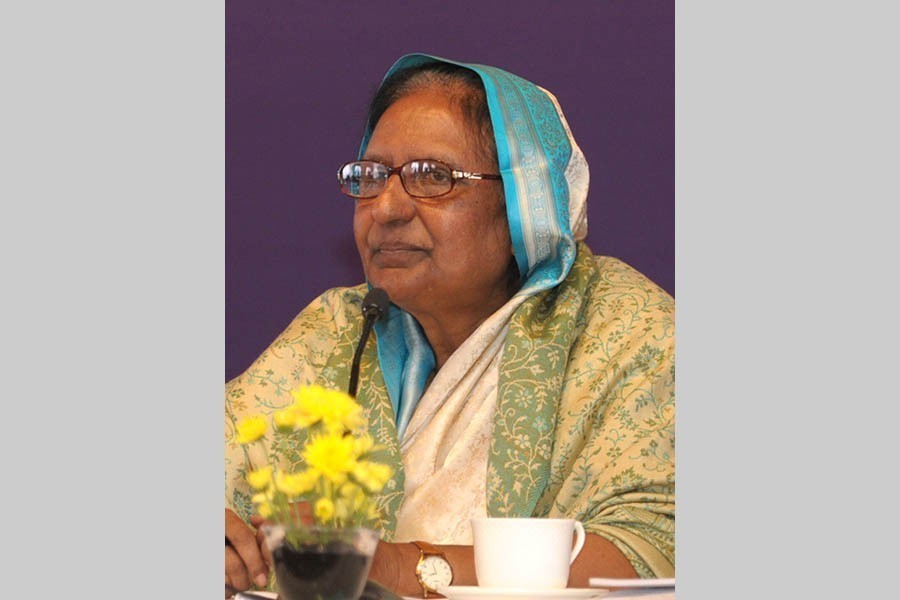 The Namaz-e-Janaza of former Home Minister and Awami League presidium member Advocate Sahara Khatun was held at a mosque in Agargaon area in Dhaka on Saturday morning.

A special flight of US-Bangla Airlines carrying her body reached here from Bangkok at 1:45 am, reports UNB.

Then her Namaj-e-Janaza was held at Baitul Sharof Jam-e-Mosque near her residence in the area at 10:00 am.

She will be laid to rest at Banani graveyard in the capital.

She passed away at a hospital in Bangkok on Thursday night at the age of 77.

Sahara Khatun was flown to Bangkok by an air ambulance on Monday. Since then, she had been undergoing treatment at Bumrungrad International Hospital.

Earlier, she was taken to the Intensive Care Unit (ICU) of United Hospital as her condition deteriorated.

Sahara Khatun was admitted to the hospital on June 2 with fever and some old age complications.

The AL leader was elected MP thrice from Dhaka-18 constituency.