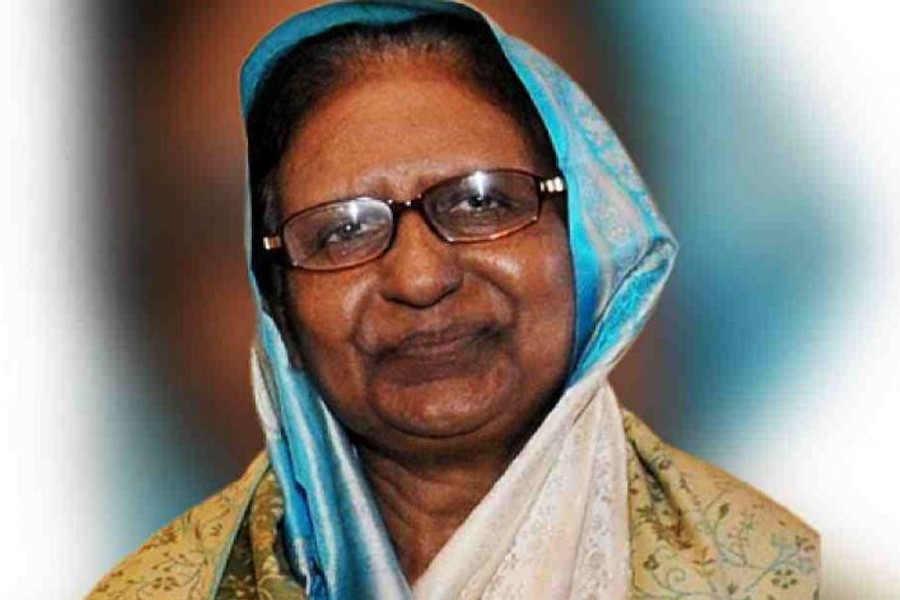 Awami League Presidium member and former home minister Advocate Sahara Khatun, who died at a Bangkok hospital on Thursday, was laid to eternal rest at Banani graveyard in Dhaka on Saturday afternoon.

Earlier, her second namaz-e-janaza was held at on the premises of Banani mosque at around 11:05 am on Saturday, reports BSS.

Leaders and workers of Awami League (AL), associate and like-minded bodies and different social and cultural bodies also paid their tributes to her on the occasion.

Sahara Khatun’s first namaz-e-janaza was held at Baitul Sharof Jam-e-Mosque near her residence in Farmgate area at 10:00am.

Sahara Khatun died at a Bangkok hospital at the age of 77. The elected lawmaker from Dhaka-18 constituency breathed her last at 11:25pm on Thursday.

She was admitted to a hospital in Dhaka on June 2 with fever, allergy and other pre-existing complications and later moved to the intensive care unit when her condition deteriorated.

She was flown to Thailand and admitted to Bumrungrad Hospital last Monday.

A member of the Awami League’s presidium, Sahara Khatun is a three-time MP from the Dhaka seat.

She was made the home minister in 2009 and later served as the post and telecommunication minister.