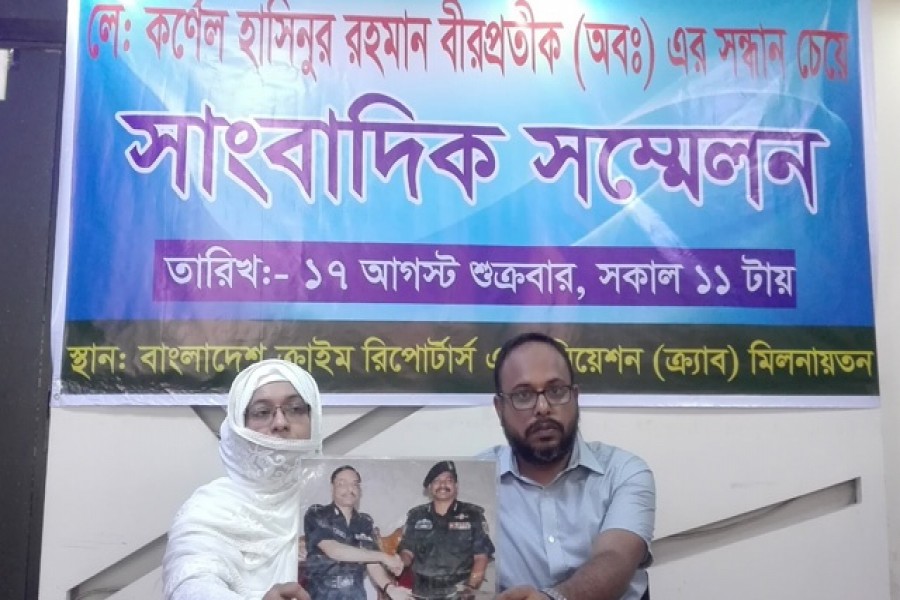 Sacked RAB officer Hasinur Rahman returned home after remaining traceless for one and a half years.

Shamima said her husband remained silent on his apparent captivity. “He’s very ill and isn’t saying much. We will take him to a doctor tomorrow,” she said.

A group of unidentified people abducted him from Mirpur’s DOHS area and took him away by microbus on August  8, 2018.

"She told us that Hasinur arrived home at around 12:00am.”

Hasinur was at the Army Training and Doctrine Command when he lost his job after being charged with sedition.

He also worked at the Border Guard Bangladesh, reports bdnews24.com.