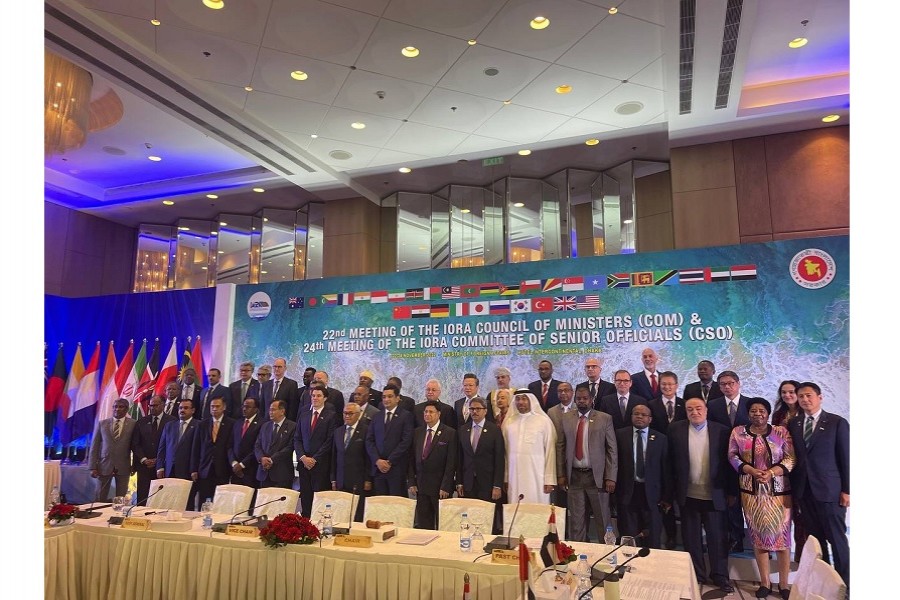 Russian Ambassador to Bangladesh Alexander Mantytskiy has said they are looking for opportunities to support the countries in the region in terms of energy and food security despite "artificial restrictions" imposed on Russia.

"Russia and IORA Member States not only share civilizational values, but also pursue quite pragmatic interests," he said.

Russia is one of the world's top three oil exporters and it ranks first in natural gas reserves and second in gas production, and this year's grain harvest could reach a record high of 150 million tonnes, including about 100 million tons of wheat.

Joint exercises with Indian, Chinese and Iranian partners, activities within the Contact Group on Piracy off the Coast of Somalia are aimed at addressing these challenges, he said while speaking at the Indian Ocean Rim Association (IORA) Council of Ministers meeting held in Dhaka on November 24.

"We witness steady growth of the trade turnover: it increased totally by 50 per cent for all IORA Members States last year, and by more than 40 per cent in the first half of this year.

The launch of a plant producing non-carcinogenic ("green") technological oils for tires, synthetic rubbers and rubber compounds in Malaysia with a capacity of up to 100 thousand tonnes is one recent example.

The use of nuclear technologies for medical purposes is another promising area, he said.

A cyclotron radiochemical centre for producing isotopes used in disease diagnosis and therapy is under construction in Thailand.

"Our government officials and experts participate in the IORA Working Group on Blue Economy," he said.

The Russian Ministry of Economic Development proposed a research on the existing international mechanisms in the field of sustainable use of ocean resources, with further specific recommendations for the Association Members.