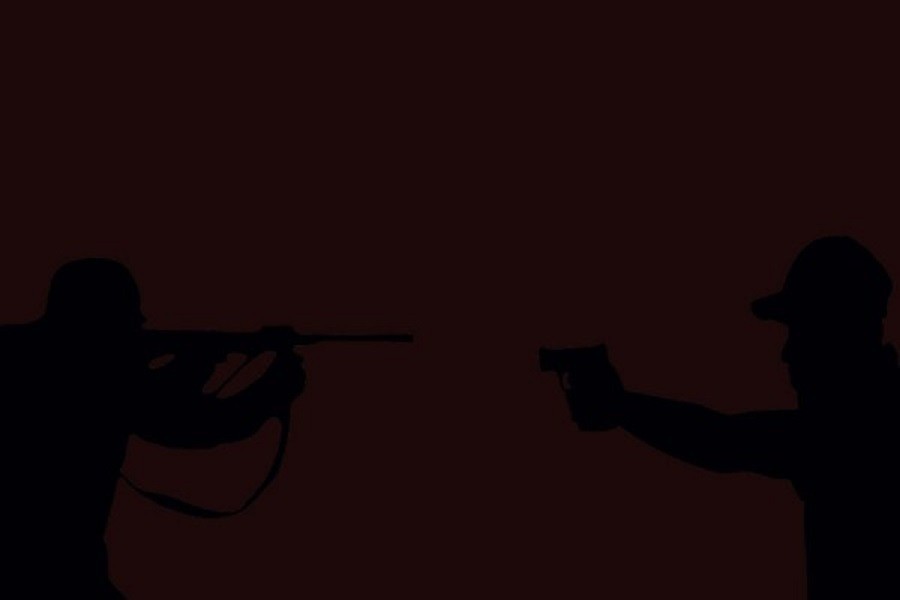 A suspected robber was killed in a reported gunfight with police at Bortola area in Moulvibazar Sadar upazila early Saturday.

The deceased was identified as Bulu Mia, reports UNB.

Alamgir Hossain, officer-in-charge of Sadar Police Station, said that a gang of 10-12 robbers was fleeing the area after committing robbery at a house in the area.

The robbers opened fire when a patrol team of police signalled the auto-rickshaw carrying the robbers to stop, forcing police to fire back that triggered the gunfight.

At one stage, Bulu was caught in the line of fire and died on the spot.

Police arrested Lal Mia, son of Abdul Bari of Beanibazar upazila in Sylhet and Afjal Mia, son of Haidar Mia of Moulvibazar Sadar upazila while others managed to flee the spot.

Five police members were also injured in the gunfight, the OC added.