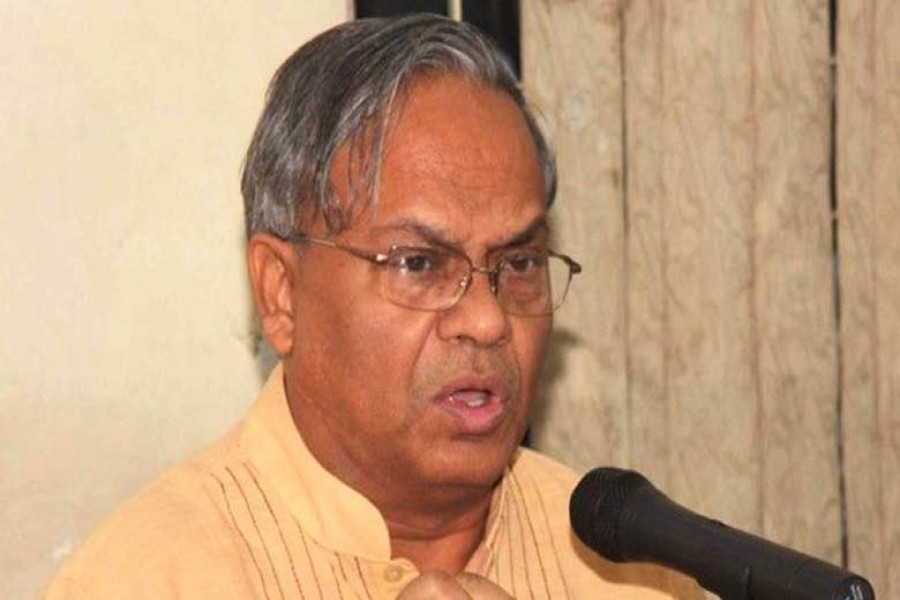 Rizvi spoke at a news conference on Thursday in response to the information minister’s statement on Bangladesh moving six steps down on the Corruption Perceptions Index.

"The information minister said yesterday that the Transparency International report was correct during the BNP rule, but now it is crafted. Wow! Then the seasons must have changed since the BNP government’s time too? Doesn’t it rain in the monsoon and feels no cold in winter? The cuckoo used to sing during spring in BNP’s time but no more? I feel like that from his statement. The same organisation that brought out the report was correct during BNP’s tenure but turned wrong now?” he said.

Information Minister Hasan Mahmud has turned into a propaganda machine reeling off “bizarre information” to the astonishment of the people in the country as well as the global community, said Rizvi, reports bdnews24.com.

“In reality, corruption is severe in the country. The information is not disseminated because the media is gagged. The Global Financial Integrity, a Washington-based research institute, also published a report on money laundering from Bangladesh on Monday,” he said.

“It showed that Tk 500 billion was laundered from Bangladesh only in 2018 and Tk 5.3 trillion was siphoned during the last decade from the country. It is done by the high-ups in the government and the Awami League. Therefore, the information minister cannot conceal the facts by feeding false information to the press.”

Bangladesh scored 26, losing 2 points from last year in the index, which ranks 180 countries and territories by their perceived levels of public sector corruption according to experts and businesspeople, using a scale of 0 to 100, where 0 is highly corrupt and 100 is very clean.

“The government based on fake votes has strongly captured the legal, judicial and administrative sector under one centre. The balance in state power is about to collapse. The opposition party or opinion is targeted and eliminated. Citizens’ political participation has waned,” said Rizvi.

“The state machinery under the control of the government that came into power with fake votes has swooped on the people. The people are scared of the relentless demonstration of ‘one person, one party’ policy. The Awami League has colonised the country by capturing the people.”