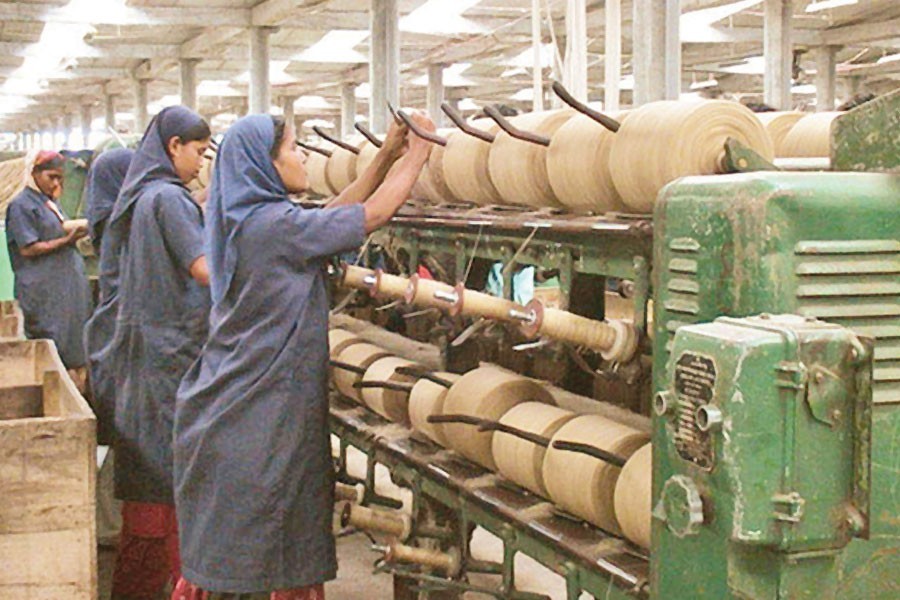 Workers Safety Forum has expressed concern over the announcement of shutting down state-owned jute mills and voluntary retirement of workers through 'Golden Handshake'.

The Forum said the decision is inhuman as the workers have already been passing through a very bad time because of the coronavirus pandemic in the country.

The workers' rights organisation made the observation through a press release on Wednesday.

However, the organisation said they have been informed from different media that BJMC has started a process to send its 25,000 permanent workers into voluntary retirement.

But the workers did not take the BJMC move easily. They also announced to go for hunger strike after a fruitless meeting between the state minister for labour and workers' leaders, it said.

Although the workers have been demanding modernisation of the machinery of state-run Bangladesh Jute Mills Corporation (BJMC) for long, the authorities failed to do it, the press release added.