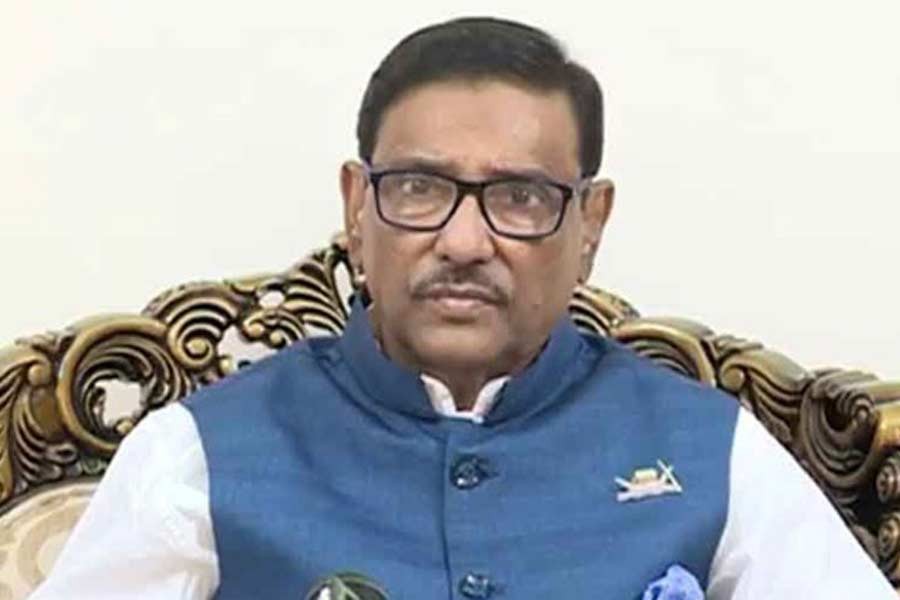 Awami League General Secretary Obaidul Quader on Wednesday said Prime Minister Sheikh Hasina took the right decision at the right time by relaxing restrictions on some sectors to save the lives and livelihoods of the country’s people.

He urged the people, who think that the government took wrong decisions, to consider the country’s socioeconomic reality and the situation in other countries, reports UNB.

Quader, also road transport and bridges minister, made the remarks while speaking at a virtual press conference on contemporary affairs from his official residence.

He said the government has already provided support to 40 million people. “About 150,000 metric tonnes of rice have been distributed in 64 districts and 10 million people were brought under rationing system,” he said adding that cash assistance will be provided to five million people ahead of Eid-ul-Fitr.

On May 10, the prime minister said the government is trying to reopen some sectors gradually so that the poor can earn their livelihoods. “We’re taking measures so that people can earn some livelihoods because this is the month of holy Ramadan,” she said.

The prime minister said the people are suffering a lot and added that the government is trying its best to bring food to their doorsteps.

Quader said it is the tradition of the Awami League to stand by the people during crisis situation.

Apart from tackling the coronavirus crisis, Quader said, adequate measures have been taken to control mosquito in city corporations and municipalities across the country.

The minister said social awareness is essential to get rid of Aedes mosquitoes.

Bangladesh was hit by a massive dengue outbreak last year, when 101,354 people were hospitalised. According to official figures, the mosquito-borne disease killed 179 people in 2019.