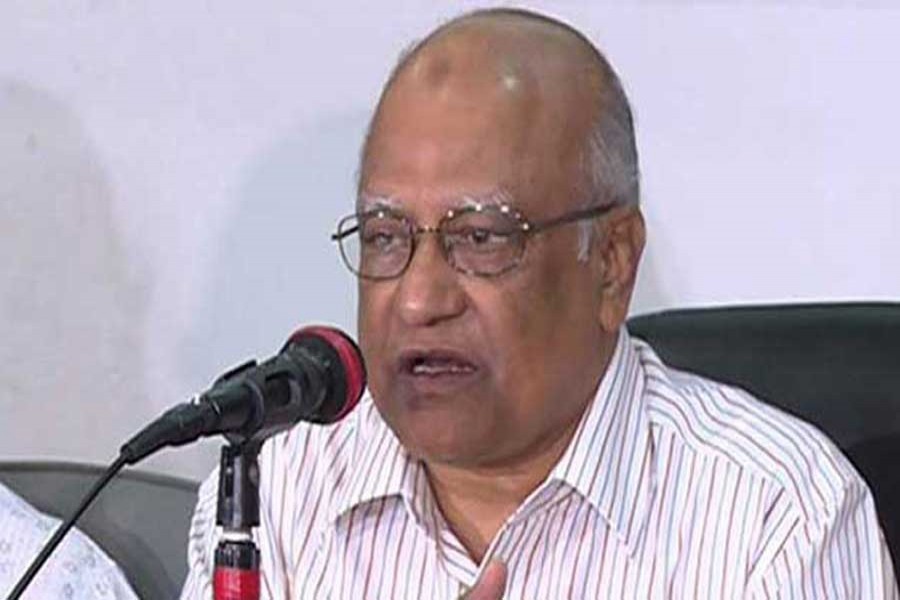 BNP senior leader Khandaker Mosharraf Hossain on Sunday said the upcoming Rangpur and other city corporations’ election will be decisive in testing validity for both the government and the Election Commission in holding election.

"We think Rangpur and other city polls are very important as those are going to be held ahead of 11th parliamentary elections. We'll closely observe the attitude and activities of the government and the Election Commission during the polls," he said.

The BNP leader came up with the comments while speaking at a discussion arranged by Bangladesh Nagorik Odhikar Forum at the Jatiya Press Club in Dhaka, reports UNB.

Mosharraf, a BNP standing committee member, said they will go to people to mobilise public support once their chairperson Khaleda Zia presents her election-time government's formula.

Though the government is trying to hold a lopsided election like 2014 one, he said they believe the country's people will resist such move this time.

The BNP leader alleged that government has long been trying to suppress BNP leaders and activists resorting to repressive acts and enforced disappearance.

He warned their party, if returns to power, will put those involved in enforced disappearance on trial.

The BNP leader said there is a huge difference between the incidents of disappearance happening in Bangladesh and other countries.

He urged the government to take steps to ensure the safe return of those still remained missing in the country.