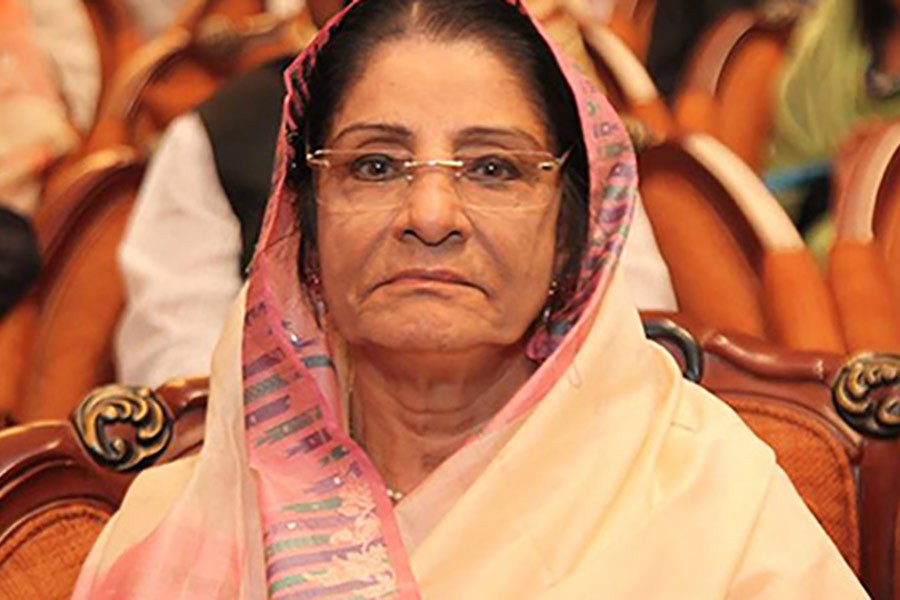 The Jatiya Party is set to appoint Raushon Ershad to a newly-created post, chief patron, in the party's first council after the death of its founder HM Ershad.

Raushon, currently the senior co-chairman, will hold the position of 'chief patron' in the party with Ershad's brother GM Quader retaining the chairmanship.

The party's General Secretary Mashiul Haque Ranga revealed the development in a press briefing on Friday, a day before the ninth council of Jatiya Party, reports bdnews24.com.

"The main change is that Raushon Ershad, the wife of HM Ershad, will take on the role of the party's chief patron. She's being given the highest honour within the party," said Ranga.

"Raushon's position will be the foremost in the party. The chairman said so," said Ranga.

Ershad named his Quader co-chairman of Jatiya Party in its last council in 2016 but the move drew strong resentment among supporters of Raushon, who was then the leader of the opposition in parliament.

He later elevated his wife to the post of senior co-chairman in a bid to placate her. But Raushon and Quader were ostensibly locked in a power struggle after the death of Ershad, taking the party to the brink of yet another split.

Ershad had named Quader the acting chairman on May 5 this year before his death.

But within four days of Ershad's death on Jul 14, Quader as the party chairman by Ranga at a press briefing.

Raushon's supporters responded to the announcement by declaring her chairman of Jatiya Party instead as they accused Quader defying the party's charter.

The row was eventually settled after the party agreed to hand the chairmanship to Quader while naming Raushon the leader of the opposition in Parliament.

The new post of chief patron has been created to ease the tension between the two top leaders with Raushon 'willing' to accept the accept, according to a senior Jatiya Party leader.

"Our chairman will hold the highest authority in the party. He'll be presiding over all meetings. But as long as the wife of Ershad is alive, she'll hold the position of chief patron," said Ranga.

According to the Jatiya Party constitution, the party chairman holds the ultimate authority in the party. Although Quader had previously spoken about amending the constitution, it will not happen in the ninth council, said Ranga.

Before exerting his authority on matters of the party, the chairman will make decisions in consultation with the co-chairman and presidium members, he said.