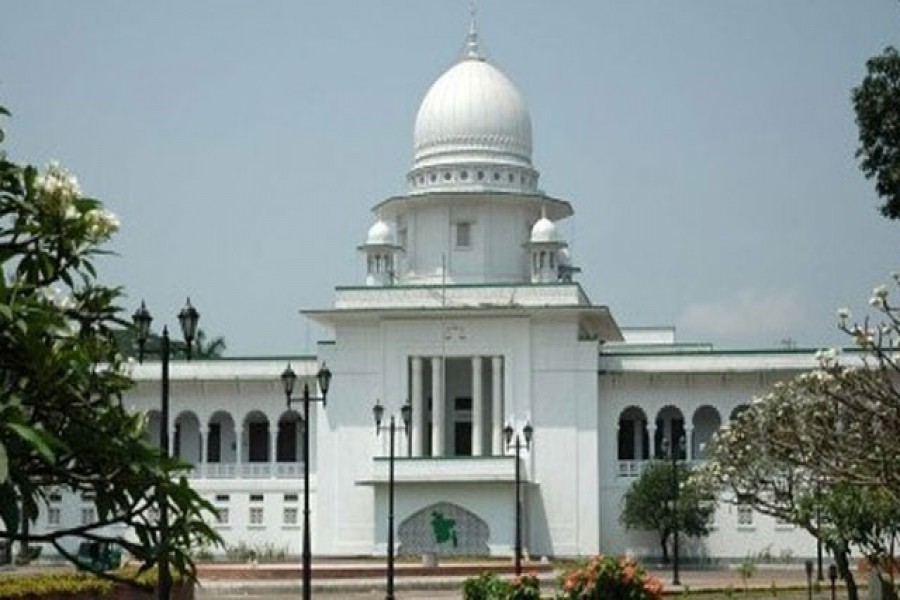 The High Court on Wednesday ordered a rape accused, Md Akhteruzzaman who is also a member of Border Guard Bangladesh (BGB), to surrender to the Women and Children Repression Prevention Tribunal in Nilphamari within four weeks in a case filed on charge of violating a young girl.

The High Court, however, ordered the Women and Children Repression Prevention Tribunal in Nilphamari to grant him bail if he seeks bail on his surrender.

The court at the same time stayed for six months the order of the Women and Children Repression Prevention Tribunal in Nilphamari passed on May 17 this year discharging Akhteruzzaman from the allegation.

The High Court bench of Justice Jahangir Hossain and Justice Shahed Nuruddin passed the order after admitting an appeal petition filed by the rape victim.

Earlier on June 15 this year, the girl herself came to the High Court with her mother to seek justice for the rapists. Standing in the High Court, she said, ‘I am a victim of rape. We are poor people and we have no money. I want justice from the High Court."

The victim appeared before the same High Court bench and sought justice.

When the court proceedings started in the morning on that day, the girl came with her mother and stood in front of the Dias Stand of the court. At this time the court wanted to know from her what was happened to her? "Who are you? What do you want to say," asked the court. The girl then introduced herself to the High Court.

She said, “I am 15-year old. She (accompanied person) is my mother. I am a victim of rape. One of the BGB (Border Guard Bangladesh) members has raped me. But the Nilphamari court acquitted him of the charge. We are poor people, we have no money. I want justice from you (High Court).”

Then the court wanted to know the girl if she had any documents with her. The girl said yes to the court in reply. The court then asked Advocate Badrun Nahar, a panel lawyer of the Supreme Court Legal Aid Office, to proceed with the case through the legal aid office.

Later Badrun Nahar filed an appeal petition on behalf of the victim girl that came for a hearing on Wednesday.