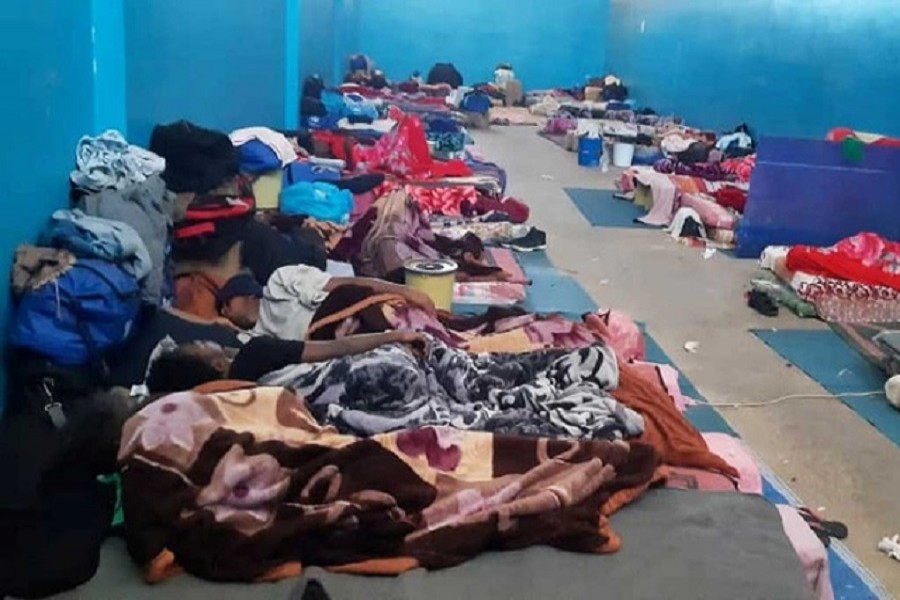 Representational image: Migrants resting on the floor of a detention centre, amidst concerns over the spread of the coronavirus disease (COVID-19), in the city of Zawiya, Libya May 05, 2020. — Reuters/Files

The Rapid Action Battalion has arrested a man suspected of trafficking 26 Bangladeshi nationals who were recently killed in Libya.

“RAB focused on the issue of human trafficking when it opened an investigation into the killings of 26 Bangladeshi migrant workers in Libya. Kamal was arrested on the basis of evidence that points to his involvement with their trafficking,” the RAB official said.

The elite police unit seized Kamal’s passport as they prepare to remand and grill him on the matter, according to RAB officials.

Further details are likely to be revealed at a media briefing on Monday.

The family of a slain Libyan human smuggler killed 26 Bangladeshi and four African migrants in revenge for his death, Libya's internationally recognised Government of National Accord (GNA) said on Thursday.

Patients can complain to ACC for abnormal charge by hospitals: HC